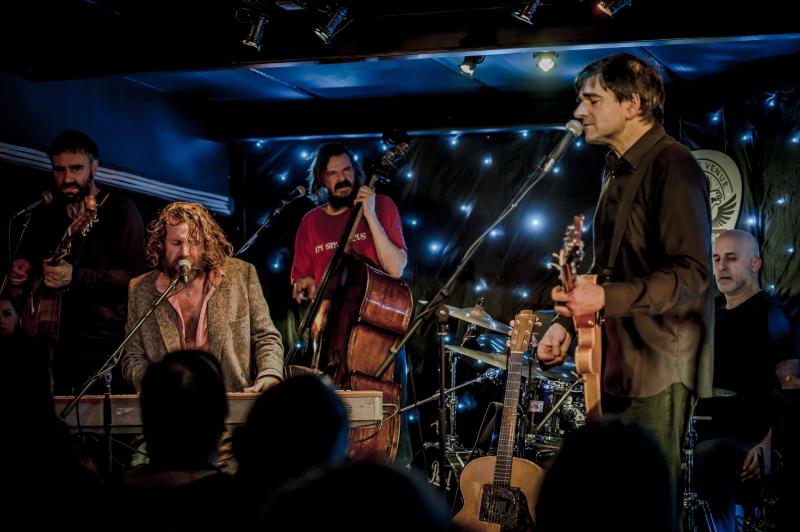 The Forest Fest site map has landed and sets out what’s in store for the highly anticipated Emo village event.

The detailed map sets out what’s in store for the thousands of music fans and families who are set to converge on Emo village next weekend, July 22, 23 and 24.

The forecast is given to hold at a sunny 21 degrees all weekend, so the stage is set for the soundtrack of the summer and the music festival that everyone is talking about as the best line-up and best newcomer to Ireland’s hectic and busy festival calendar.

The comprehensive site map will facilitate fans in making their plans and preparations for Forest Fest, make it easier to meet up with friends and generally find their way around the locality, campsites, and the festival arena, which is set against the canopy of the Emo Court Forest.

For the convenience and safety of festival fans there’s a shuttle bus service and set down, a taxi rank and a priority set down at the main entrance for those who require assistance.

With over 50 acts scheduled to perform at the inaugural Forest Fest there’s not a minute to spare over the weekend as bands and performers take to the stages alternately, to ensure continuity and avoid any clash of gigs. 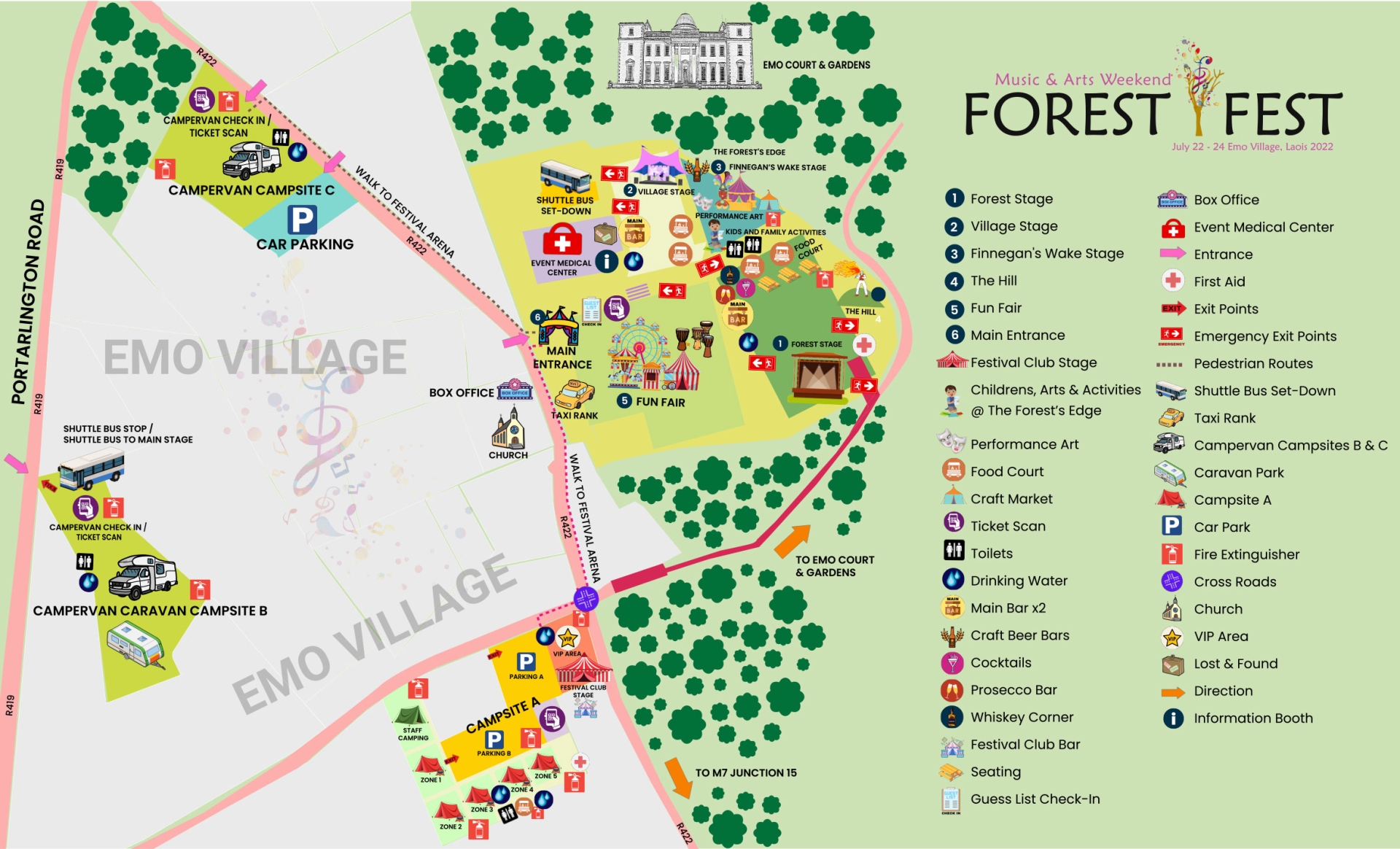 “The preparations are in full swing and going to plan, the weather forecast is just glorious and the entire production team and local community are totally immersed in putting in place all the facilities, services and infrastructure which will ensure everyone who attends Forest Fest will have a fun, memorable and safe weekend of music, arts and entertainment, a weekend like no other,” said promoter Philip Meagher who is enthusiastically looking forward to welcoming fans from all over the country and overseas to Emo village.

“They’re going to have a ball,” he added, “every attention has been given to all the detail, the things that make a difference so that everyone can have a great time, celebrate the summer and something to remember for years to come.

“We have branded festival reusable cups to ensure that there’s no plastic litter and we encourage everyone who attends to be responsible and to leave no trace in the arena, the campsites, or the village, that’s our ethos at Forest Fest.

“We have produced an attractive and detailed site map for the convenience of fans and on Friday we will be revealing the running order and stage times for all the fantastic acts on the programme, so that people have a full week to prepare for all their favourites,” outlines Philip.

There are still some weekend and day tickets available in the run up to the Forest Fest from the festival website www.forestfest.ie or Eventbrite.

Such has been the demand, there are three camping zones at Forest Fest as clearly indicated on the site map.

All campervan and caravan camping are completely sold out, and a limited number of weekend tent camping tickets are still available.

Access to the campsites will be from 1pm on the Friday.

The gate times for the festival itself are 4pm on Friday and from 12 noon on both Saturday and Sunday.

Concerts will continue until midnight each day of the festival, followed by further live music and late bars at the Festival Club. 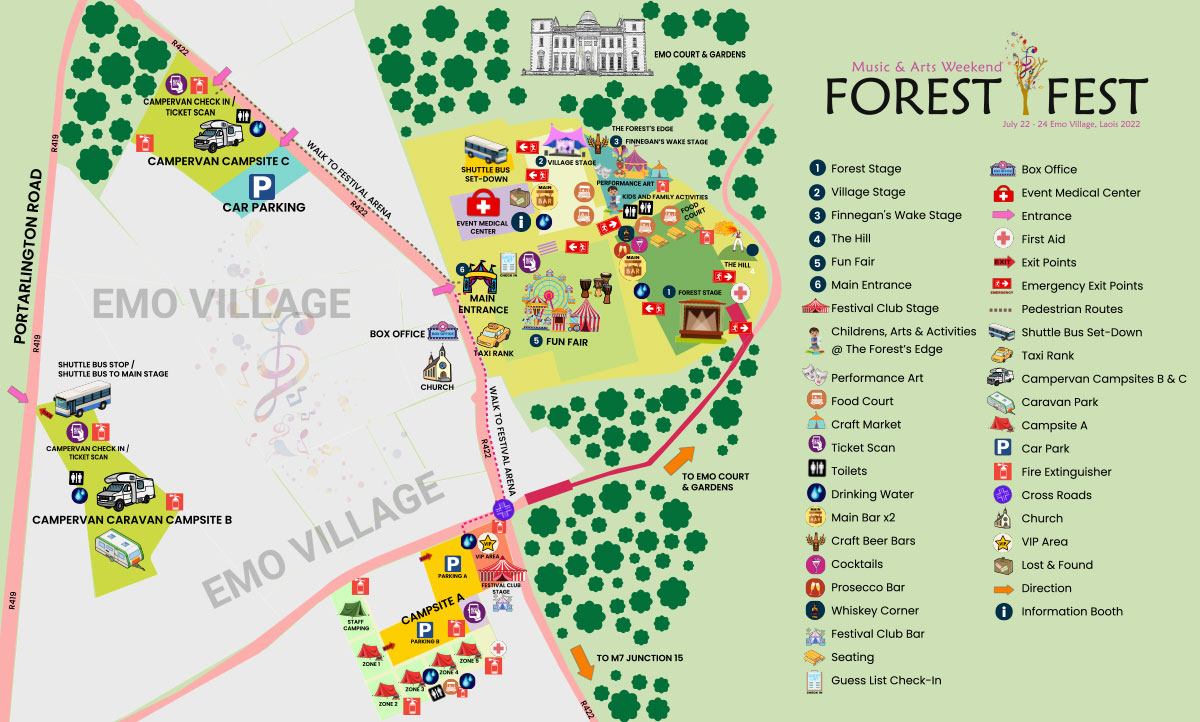