Longines Irish Champions Weekend at the Curragh: Parade of Champions, family entertainment, Festival Foodscape Village and so much more 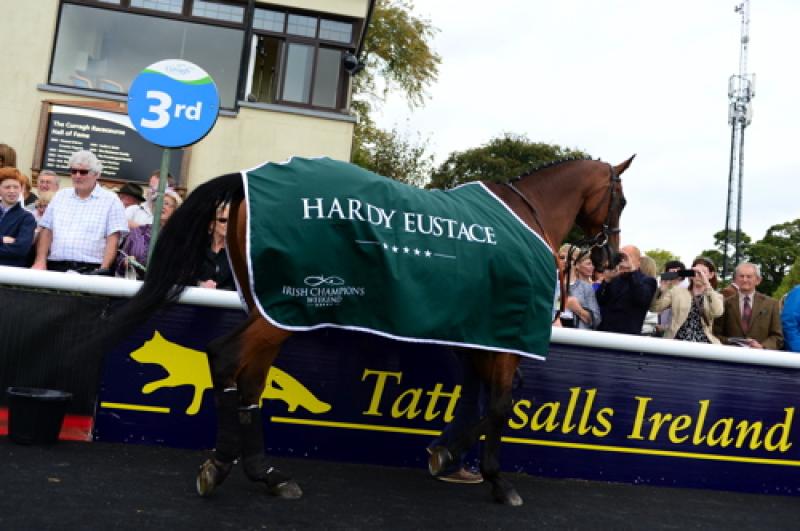 Sunday’s racing at the Curragh sees a total of 40 overseas runners, which verifies the international appeal and success of Longines Irish Champions Weekend. “We’re delighted with the final declarations” said Paul Hensey, General Manager at The Curragh Racecourse. “There are overseas representations in each of the 8 races with 40 overseas runners in total. We’re looking forward to what promises to be a fantastic day’s racing, in addition to the many ancillary activities such as the Longines Prize for Elegance, the Moyglare Kids Zone, Kildare Foodscape Festival and the Parade of Champions featuring five champion hurdlers and the recently retired Hurricane Fly.” Joining the punter’s favourite, the Fly will be Jessica Harrington’s Jezki, the pair having gone head to head many times at Punchestown along with Moscow Flyer, Binocular, Hardy Eustace and current reigning champion Faugheen.  The Champions Parade will take place in the parade ring after the first race. Also parading will be Forpadydeplasterer, a prolific winner on the track and successful in the recent ‘Racehorse to Riding Class’ at the Dublin Horse Show, and will be ridden side-saddle by his owner Joanne Quirke. Gates open 11.30am; 1st race 2pm Admission €20; Seniors and U25s €10; U16s free.
ADVERTISEMENT
Advertise with Us
ADVERTISEMENT
Advertise with Us