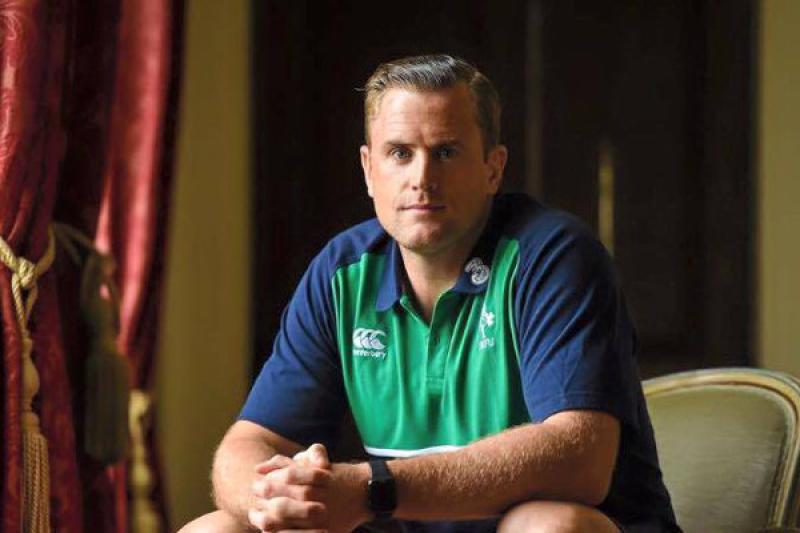 Jamie Heaslip has been named at number 8 in the Irish side which will take on Canada in the Millennium Stadium in Cardiff at 2.30pm on Saturday afternoon. Heaslip is a graduate of Newbridge College and has represented Ireland since 2006 and was also part of the British and Irish Lions tours of 2009 and 2013. The 31-year-old takes his place in the middle of a formidable back row which also includes Peter O'Mahony and Sean O'Brien. There are a few inclusions of note, with the once un-droppable Tommy Bowe being replaced on the wing by Dave Kearney who impressed in the final warm-up game against England. Devin Toner has also been omitted, with Ulster giant Iain Henderson coming in to take the Leinster lock's place alongside captain Paul O'Connell in the second row. Westmeath native Robbie Henshaw misses out through injury, with Luke Fitzgerald taking up the mantle at inside centre in his absence and there is worryingly no sign of Cian Healy in the front row as he continues to recover from the neck injury which has sidelined him for the last number of months. 1. Jack McGrath 2. Rory Best 3. Mike Ross 4. Iain Henderson 5. Paul O’Connell (capt) 6. Peter O’Mahony 7. Sean O'Brien 8. Jamie Heaslip 9. Conor Murray 10. Johnny Sexton 11. Keith Earls 12. Luke Fitzgerald 13. Jared Payne 14. Dave Kearney 15. Rob Kearney
ADVERTISEMENT - CONTINUE READING BELOW