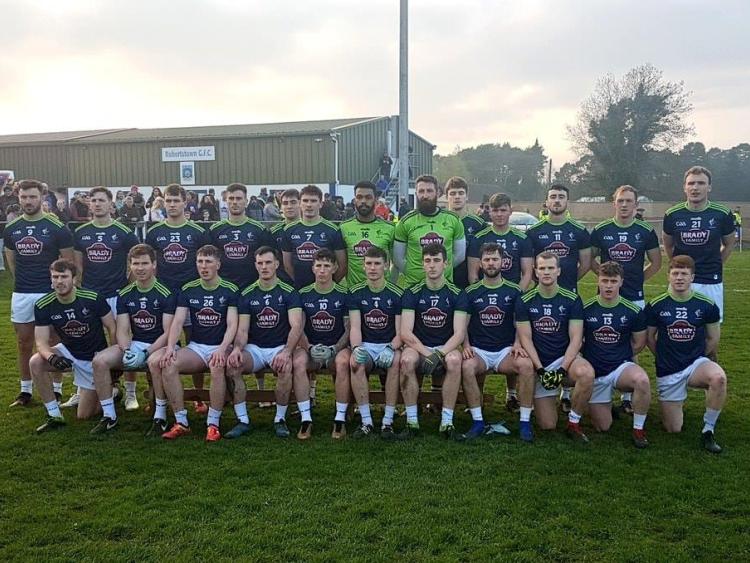 Kildare 2-18 Roscommon 4-12 Senior Football Challenge Kildare and Roscommon played out an entertaining draw in a Senior Challenge game as part of Robertstown GAA’S Centenary Celebrations. The game was Kildare’s first since the end of the League and while they would have been more than pleased to notch 2-18, Cian O’Neill’s men still looked very open at the back with Roscommon strolling through for a number of goal chances. Both Eoghan O’Flaherty and Neil Flynn kicked five points apiece for Kildare and Paddy Brophy also got a much needed brace of goals but they had to settle for a draw when John McManus fisted a point in added on time for the Rossie’s. From the moment Roscommon opened the scoring with a Niall Kilroy point it was clear that they would be capable of causing the Kildare defence problems and they soon had a three point lead with another score from Conor Hussey followed up by a goal from Diarmuid Murtagh after he converted a penalty when Ronan Daly was fouled by Mark Dempsey. Kildare who were playing in a new alternative green jersey kept in touch with points from Jimmy Hyland and Fergal Conway and they soon got a bit of momentum going with scores from Kevin Feely and Eoghan O’Flaherty helping them to an 0-8 to 1-2 cushion at the midway point of the half. Roscommon responded with points from Murtagh and Kilroy after Mark Donnellan had earlier provided a couple of point blank saves from Tadhg O’Rourke and John McManus. Jimmy Hyland kicked four points in the half and his last attempt briefly stalled Roscommon’s momentum but it was only brief as the Connacht side raced into half-time with the lead after points from Kilroy and Ronan Daly were followed up by a goal from Niall Kilroy. As a result Roscommon held a 2-6 to 0-9 lead but after Anthony Cunningham made a number of substitutes, Kildare were able to get back level with points from O’Flaherty and David Slattery while Kevin Feely was out of luck as he cracked a shot off the outside of the post. Neil Flynn appeared as an early second half sub and he knocked over a quartet of frees which were cancelled out by Roscommmon points from Donie Smith and Cathal Cregg. There was thus nothing between the sides entering the final ten minutes before both teams went goal crazy scoring two goals each. Caoileann Fitzmaurice firstly palmed in a goal in the 60 th minute and while Paddy Brophy replied almost immediately after great work from Kevin Feely and David Slattery it was Roscommon who were back in front with a fine fourth goal from range by Enda Smith. That goal looked like it would give Roscommon victory after Conor Cox shared points with Feely and Flynn but Kildare struck for goal in the 69 th minute when Brophy fired home after he found space on the back of quickfire passes from Slattery and Keith Cribbin. Kildare couldn’t hold out though as John McManus scored for Roscommon in the next move with things ending all square on a 2-18 to 4-12 scoreline.   Kildare: Mark Donnellan; Mark Dempsey, Mick O’Grady, Mark Hyland, Cian O’Donoghue, Eoin Doyle, David Hyland, Kevin Feely 0-2 (0-1f), Fergal Conway 0-1, David Slattery 0-1, Kevin Flynn, Conor Hartley, Jimmy Hyland 0-4, Paddy Brophy 2-0, Eoghan O’Flaherty 0-5 (0-5fs). Subs used: Peter Kelly for Doyle 19 mins, Neil Flynn 0-5 (0-4fs) for Hyland 40 mins, Mark Barrett for O’Donoghue 39 mins, Tommy Moolick for O’Flaherty 50 mins, Keith Cribbin for M.Hyland 52 mins, Aaron O’Neill for Donnellan 56 mins, Tony Archbold for Hartley 56 mins, David Malone for Conway 63 mins. Roscommon: Darren O’Malley; David Murray, Sean Mullooly, David Neary, John McManus 0-1, Conor Hussey 0-1, Ronan Daly 0-1, Tadhg O’Rourke, Niall Daly, Hubert Darcy, Ultan Harney, Henry Walsh, Andrew Glennon, Diarmuid Murtagh 1-2 (0-1f), Niall Kilroy 1-2. Subs used: Donie Smith 0-2 (0-1f), Cathal Cregg 0-1, Enda Smith 1-0, Caoileann Fitzmaurice 1-0, Conor Cox 0-2 (0-2fs). Ref: Cormac Reilly (Meath)