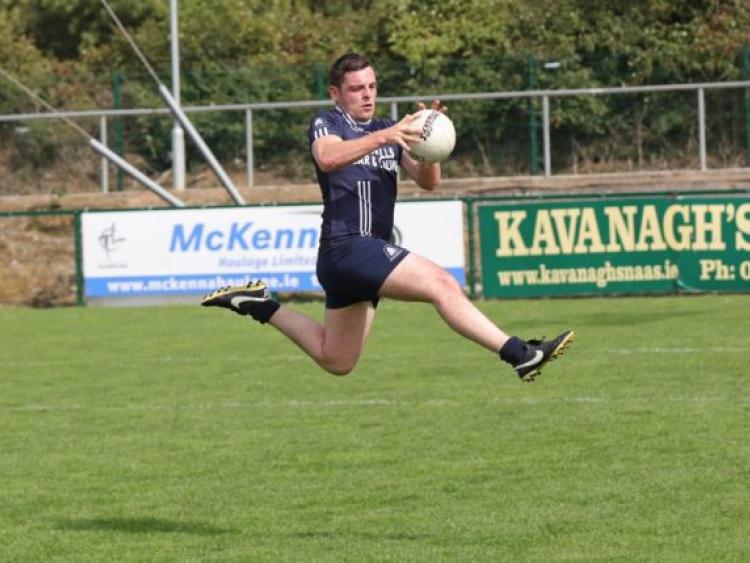 Castledermot 1-12 Raheens 1-6 Senior Football Championship Round 1 Aaron Murphy helped himself to 1-6 as Castledermot got the better of Raheens in the opening round of the Senior Football Championship. It was a supremely efficient performance from Castledermot who always looked a bigger threat with Murphy in particularly causing harm to Raheens. It was in the second half where they really took control as the wind and Murphy’s 51 st minute goal really helped them push clear on the scoreboard. On the other hand it was a disappointing display by Raheens and they found real trouble in finding any way by the stubborn Castledermot defence with the only positive being Liam Power notching 1-2 from play. It was a game that was always going to be tough to predict and the first half only proved that in a competitive affair. Castledermot began well with points from Aaron Murphy and David Keating giving the South Kildare outfit an early advantage as they made little of the wind they were playing against. Liam Power got Raheens on the board in the 6 th minute with an effort from distance but Noel Mooney’s side never really found their groove throughout the half. Both teams are competing well in Division 2 of the Senior Football League but Castledermot made all the early running and they were soon three points clear when Murphy and Paddy Whelan added on points. Raheens had a glorious chance for goal in the 9 th minute when a long range effort from Paddy Woodgate was brilliantly caught inside the square by Mark Waters but the full forward could only pull his shot wide of the goal. Waters’s miss didn’t overly affect the men in Saffron and Blue though with consecutive points from Woodgate and Mikey McGovern narrowing the deficit to just a point. The Castledermot response was good though with half back David Dooley kicking over before Emmet O’Keefe narrowly shot wide. With that wide came torrential rain and the referee picked the right time to blow for half-time as Castledermot went in with a 0-5 to 0-3 lead after a real stop start half. If things never got going in the first period it was something very similar after the break although Castledermot did make much better use of the wind at their backs. Mikey McGovern and Emmet O’Keefe exchanged points before an effort from Murphy who was causing real chaos in the Raheens rearguard left Castledermot with a three point lead. What followed was an incredibly scrappy period of football with nobody really taking control until David Keating split the posts in the 46 th minute. That point came on the back of a narrow miss from Anthony Lawlor and Castledermot grew in stature with 1-4 on the bounce as Murphy, Keating and Paddy Whelan added on points before the game was practically put to bed when Murphy curled a beautiful shot past Declan Campbell in the Raheens goal. To their credit Raheens hit back with a goal from Liam Power and a point from McGovern in quick succession but the rally came much too late as Castledermot held out. Power rounded off on 1-2 late on for Raheens but in fitting fashion Murphy kicked another point for the winners as they claimed the victory.                                                                                                                                                                                    Castledermot: Shane Nolan; Liam Cosgrave, Barry Nolan, Vinny Dowling, David Dooley 0-1, Paraic Murphy, Niall Dooley, Gavin Farrell, David Keating 0-2, Anthony Lawlor, Gavin Keating, Conor Nolan, Paddy Whelan 0-2, Emmet O’Keefe 0-1, Aaron Murphy 1-6 (0-4fs). Subs used: Bryan Nolan for G.Keating 38 mins, William Kelly for Lawlor 46 mins, Jack Flood for D.Keating 60 mins. Raheens: Declan Campbell; Anthony Thompson, Tom Early, Thomas Dore, Conor Earley, Shane Crowley, Matthew Betts-Symonds, Liam Power 1-2, Killian Thompson, David Malone, Paddy Woodgate 0-1, Alan Igoe, Michael McGovern 0-3 (0-3fs), Mark Waters, Graham Waters. Subs used: David Fitzpatrick for M.Waters 38 mins, Colm Power for Igoe 48 mins, Jason Earley for C.Earley 55 mins. Ref: Fergus Devereux