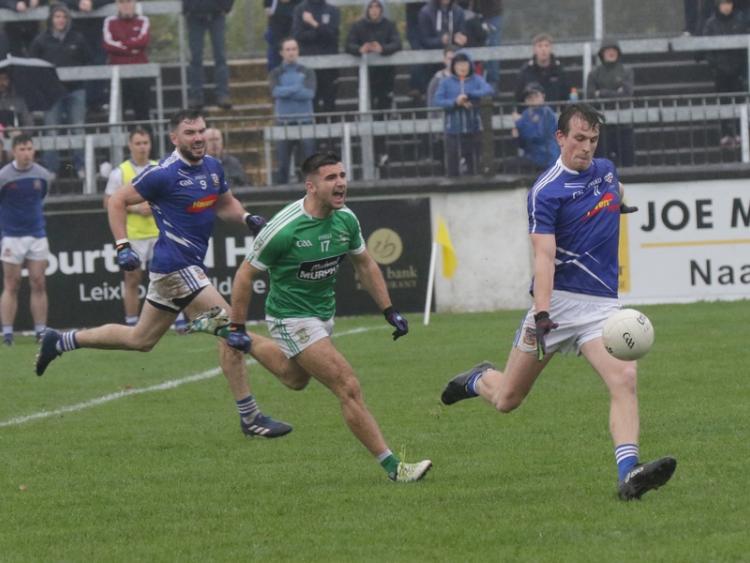 Celbridge 0-13 Maynooth 0-11 Senior Football Championship Round 1 Celbridge will be regarded as one of the favourites to take home overall Senior Honours and they got their Football Championship campaign off to the perfect start with a workmanlike victory over Maynooth on Saturday afternoon. Celbridge will be wondering how the game ended up so close though as they let Maynooth back into the game after leading by twelve points at one stage. Heavily backboned by their Kildare contingent the Hazelhatch Road side looked all over the winners but when they seemingly thought the game was up they sat back and Maynooth very nearly caught them in the end. Maynooth remarkably kicked ten points in a row in the second half with Neil Flynn getting five of them but they gave themselves too much to do. Paddy Brophy looked like he is on the verge of a return to form after scoring five points and he was the lead marksman in the Celbridge attack but one major worry for both Paul Curran and Kildare manager Cian O’Neill was the sight of Kevin Flynn hobbling off injured. Celbridge kicked the opening two scores with the experienced Mark O’Sullivan finding the target on the back of an effort from David Hughes. Maynooth replied with a point from Danny O’Sullivan but remarkably that was their last score of the half with Celbridge taking complete control. Paul Curran’s team did have the aid of the breeze but even still their forward unit were moving very well. Hughes and Paddy Brophy moved the lead out to three points by the 10 th minute while Mark Donnellan did well to stop a goalbound effort from his county teammate Tony Archbold. Five more points soon followed before Maynooth even looked a threat with a brace of scores from Brophy and a point each from Archbold, Hughes and David Byrne giving the Blues a 0-9 to 0-1 lead. Maynooth had a great goal chance in the 27 th minute when an attempt at a point from O’Sullivan dropped short but Neil Flynn was there and he was out of luck as he palmed a shot off the crossbar. The scoring didn’t stop though with Celbridge kicking the last two points of the half as Brophy and Hughes split the posts to give them a seemingly unassailable 0-11 to 0-1 advantage at the break. The onslaught showed no sign of letting up in the early minutes of the second period either with two quickfire points as Shane McNamara landed a long range free before Brophy got another effort from play. Brophy’s point arrived in the 35 th minute but Celbridge must have thought the game was up as they missed a host of chances for the rest of the game and allowed their near neighbours back into the contest. Kevin Dunne got the Maynooth ball rolling in the 38 th minute with a point and he nearly had a goal a few minutes later but his shot went into the side netting. That didn’t stop Maynooth’s momentum though with a point from distance by Ruadhan O’Giollainn narrowing the lead further before Neil Flynn kicked four consecutive frees. Maynooth were six points down as a result but their resurrection kept coming with points from Flynn, O’Giollain and Sean Higgins getting them within two but the goal they needed never came as Celbridge held out.   Celbridge: Shane McNamara 0-1 (0-1f); Niall Donnelly, Mick O’Grady, David Murphy, Dylan Corcoran, Hugh McGrillen, John Costello, Fergal Conway, Kevin Flynn 0-1, Tony Archbold 0-1, Mick Konstantin, David Byrne 0-1, David Hughes 0-3, Paddy Brophy 0-5 (0-4fs), Mark O’Sullivan 0-1. Subs used: Lee Maycock for Murphy 30 mins, Brian Flynn for O’Sullivan h-t, Liam O’Flynn for K.Flynn 52 mins. Maynooth: Mark Donnellan; Darragh Hurley, Darren Maguire, Conor Coyle, Sean Higgins 0-1, Conor Lynch, James Murray, Bankole Agunsoye, Kevin Dunne 0-1, Ben Carroll, Chris Canning, Neil Flynn 0-6 (0-5fs), Ruadhan O’Giollain 0-2, Danny O’Sullivan 0-1, Niall O’Sullivan. Subs used: Paddy Hever for Canning 44 mins, Callum McCabe for Coyle 46 mins. Ref: Brendan Cawley