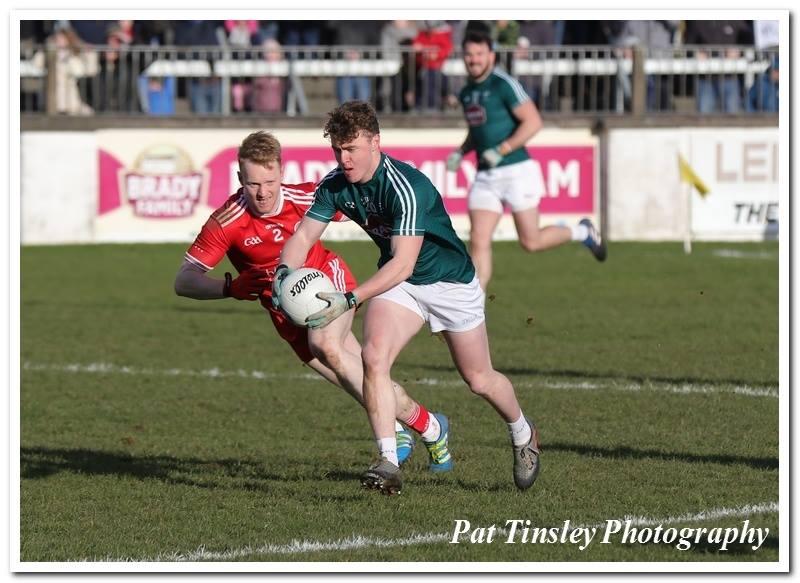 All Ireland Senior Football Championship Round 3

Tyrone saw and they conquered in ruthless fashion as they brought down the curtain on Kildare’s year with a fully deserved ten point success in a sun soaked St.Conleths Park.

Goals in each half from Darren McCurry and Michael Cassidy did the damage for Tyrone but it doesn’t tell the full story as they were comfortable for most of the tie.

Kildare kept in touch at stages with Kevin Feely and Fergal Conway putting in big shifts with the Athy man finding the net in the first half and Conway kicking three points from play but Tyrone’s extra power and pace on the counter attack proved too hot for them to handle.

Kildare boss Cian O’Neill was sent off for a first half incident involving an umpire with regards to the awarding of a Tyrone 45 and it’s a painful way to end to the season after showing some promise albeit against poor opposition in Antrim.

Kildare weren’t helped with Paul Cribbin and Kevin Flynn being  unavailable for the entirety of the Championship and they must now console themselves with the fact that they failed to reach the Super 8’s.

Kildare had a chance to get off to the perfect start when Adam Tyrrell stood over a free but he pulled his shot wide and it summed up most of the opening period as Tyrone bossed the majority of it.

Peter Harte then duly kicked the first score from a free while Kildare thought they equalised when the umpires seemed to award a Ben McCormack attempt but after consultation it was disallowed and the Sarsfields man departed the scene soon after due to injury with Jimmy Hyland replacing him.

Tyrone were in control at this juncture and they were soon five points to the good with a well worked goal in the sixth minute where Cathal McShane and Niall Sludden linked up before Michael Cassidy finished past Mark Donnellan and Harte soon added a score from play.

Kildare were finally on the board when Neil Flynn scored from play and the teams soon went point for point with Flynn and Fergal Conway adding to the hosts tally with Tyrone responding via Harte, Rory Brennan and Colm Cavanagh.

The lead should have been greater for Tyrone after Niall Morgan missed a couple of placed balls including one decision for a 45 which incensed Cian O’Neill so much that he ran to the town end umpire to complain and was duly sent off by Roscommon official Paddy Neilan.

Brian Kennedy got a black card for an off the ball incident at the tail end of the half and even though Darren McCurry and Frank Burns initially looked set to steady the ship Kildare battled back with a point from Conway.

The game still looked to be seeping away from the Lillywhites until a lovely team move left Keith Cribbin in on goal with an overlap and he used it to perfection by offloading to Kevin Feely to lash a left footed shot to the net.

A Flynn free then reduced the margin to just two points but again Tyrone were finding gaps in the Kildare rearguard at ease with Harte and McCurry on target again.

Kildare finished the half on top with an inspirational score from Conway bringing his first half tally to three which was the difference between the sides as Mickey Harte’s outfit held a 1-9 to 1-6 lead.

Tyrone had the start to the second half that Kildare really needed with Frank Burns and Cathal McShane kicking points from play as they kicked five points clear.

Adam Tyrrell responded with his second point but Tyrone’s pace in attack was causing untold trouble for Kildare as Harte and Mattie Donnelly pushed the Red Hand County’s lead out to six.

Kevin Feely kicked two brilliant scores to keep Cian O’Neill’s men in touch but Tyrone always had an answer and when McShane was fouled going through Mick O’Grady received a red card for a second bookable offence.

McShane kicked the subsequent free while man of the match Peter Harte landed a lovely outside of the foot effort from distance.

Kildare didn’t throw in the towel though with Tyrrell, Flynn, Tommy Moolick and Peter Kelly scoring to reduce the deficit to four after McShane and Harte had registered for Tyrone.

The finishing point came with seven minutes remaining when another forceful break on the counter from Tyrone resulted in Michael McKernan going clear and he passed across for Darren McCurry to palm to the net.

Tyrone quickly followed up that goal with points from Harte, McShane and Connor McAlliskey as things got pretty grim for Kildare.

Kildare finished with Cathal McNally shooting against the post and Tyrrell landing a couple of frees but there was to be no heroics of the Mayo game a year previous with Donnelly and McShane finding the target late on as Tyrone rounded off on a double digits success.