Coill Dubh ease to victory over disappointing Confey in SHC 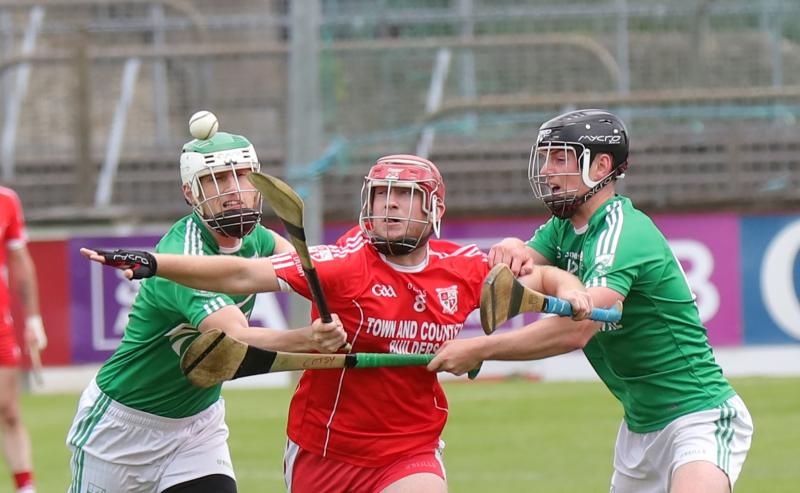 Senior Hurling Championship Group B Round 1

Coill Dubh made up for a heavy opening round defeat to Naas as they cruised to victory over Confey in the Senior Hurling Championship on Sunday afternoon.

In front of a very small crowd Coill Dubh were never really challenged as they outclassed their opposition with the likes of Mark Delaney, Johnny Byrne, Declan Flaherty and Ryan Casey all scoring fluently.

Byrne in particular with six points from play was a real handful for the Confey defence as the former Kildare footballer really stood out.

On this showing Coill Dubh will fell they have a real chance of getting out of the group while Confey will have a job on their hands to regroup.

Confey actually started the game in decent fettle with Phillip Quigley knocking over a point from play after less than 30 seconds but Coill Dubh quickly retaliated with efforts from Mark Delaney and Johnny Byrne.

Confey retook the advantage with successive scores from Kieran Divilly although the Coill Dubh bench were incensed as they thought the second of his points looked wide.

Confey didn’t score for the rest of the half though as Coill Dubh went through the gears.

Delaney equalised with a free and he duly knocked over four more points before the break with Byrne, Declan Flaherty and Ruairi Hayden also getting on the scoresheet.

That gave Coill Dubh a 0-12 to 0-3 lead by the break and it could have ben even bigger if Byrne hadn’t been brilliantly denied with a goal attempt by Shane Quinn.

Coill Dubh continued their dominance at the start of the second half with points from Casey, Delaney and Byrne before Confey responded with efforts from Frank Bass and Eamonn McQuillian.

Coill Dubh were on a different level to their opponents though and four more points on the bounce put the game beyond any doubt.

Delaney added on five more points for the winners including his solitary effort from play while Casey, Byrne and Flaherty took scores at their leisure.

The one possible negative for Coill Dubh was that they didn’t find the net despite being so dominant but that is an issue for another day and with this victory they can look forward with confidence to this weekend’s refixed League decider against Naas.