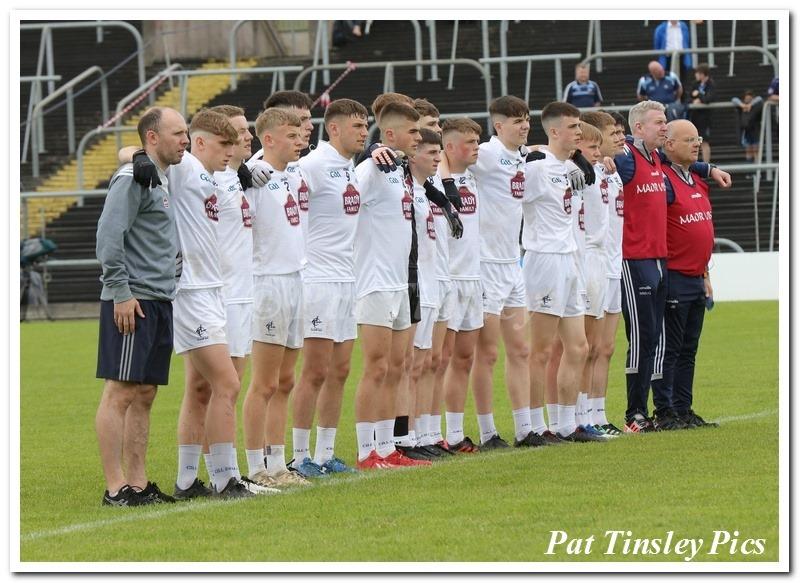 Kildare will face Galway in the All -Ireland Minor Football Championship Quarter Final in Pearse Park Longford this evening.

The game is part of a triple header of action at the venue on the day as Colin Ward’s outfit looked to build on their Leinster Final success.

The St.Kevins man has reflected on the win over Dublin and has been happy with the way the players have applied themselves in training since.

“Training has gone very well and is very competitive, the lads have really stepped it up again”.

“I was worried about them just settling for a Leinster Title but the last two weeks you could see them pushing on so we will be hoping for the best”.

“We help the players drive what they want to do to reach their potential and not just limit it at a Leinster either. They want to go as far as they can and realise their ambition”.

After looking at the Leinster Final a couple of times the management team know that there are still areas that they can improve on for this weekend.

“We’ve looked back over the Leinster Final and really we should have had it done and dusted by normal time but having said that when a team equalises with the last kick of the game you’d be wondering what way it would affect the team with regards to morale but we got them back into the dressing room and they were ready to finish the job”.

“They knew themselves that they left it on the field but in extra-time they showed their fitness levels and will to win”, Ward said.

Galway are the opposition and Kildare’s recent record against the Tribesmen at all levels certainly wouldn’t fill you with optimism but this is a new group with plenty of belief.

There is also a bit of a Kildare connection on the team with the Galway Captain being Tomo Culhane who scored 2-3 for Clane in last year’s Minor Final defeat to Naas but he has since moved back to his homeland.

“We’ve looked at a good number of games that Galway played in the Connacht Minor League and in fairness I thought they were unlucky not to win it and just because they lost the Connacht Final against Mayo they are not a bad team”.

“We are getting across to the lads that they are a wounded animal now and keep the lads on guard from complacency”.

Kildare will have a full squad to choose from and the prize of being just 60 minutes from Croke Park is certainly there and they are hopeful that if they perform they can win.

“We created small mini goals at the start of the year instead of big ones and we have achieved all of them so far and the next one is to reach Croke Park so instead of looking at the big picture we created small goals to help the lads focus on one thing at a time and beating Galway is the next aim”.

“If we play to our potential we will win but anything can happen on the day, the bounce of the ball, the bit of luck either way can go for or against you. We are just concentrating on trying to play to that potential”, the manager admitted.