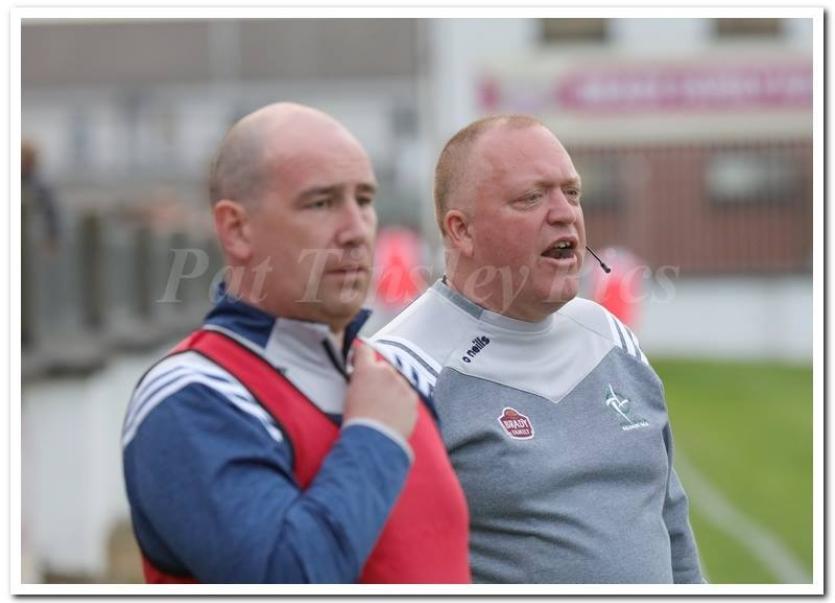 The Kildare Minor Footballers Championship journey came to an end last weekend when they fell to Galway in the All-Ireland Quarter-Final.

An opening minute goal for the Tribesmen meant Kildare where trailing from the get go and for manager Colin Ward it proved too big a task in the end.

“It was a sickening start with their opening minute goal and as a result we were chasing for the whole game and we never got level”.

“ I think we were unfortunate with the goals but you have to take the rough with the smooth”.

The St.Kevins man acknowledged that they were beaten by a better team by was still proud of his side’s efforts even if he would have liked to see them get to Croke Park.

“Credit to Galway they were a good team but we are really proud of the lads”.

“We set goals at the start of the year and they fulfilled them and this was always going to be bonus territory but again we wanted to get them to Croke Park to just experience what they would be made of there but again we are proud of them and they can hold their heads high”.

From 1-35 they gave it their all and gave up everything including family holidays and weekends away for this so they are incredible really”, Ward admitted.

The task at hand is to now get these youngsters playing at the top level and try and bridge the gap from Underage to Senior Level.

“We have seen what we have at our disposal but its how we use that now, you’ve seen the likes of Aaron Browne, Eoin Bagnall and Mark Maguire who are as good as anything around and while they are still developing at 17 years of age its how we bring that on now and get them to Senior and that will have to be looked at as you cant waste talent like that”.

“There is a gap from under 17 before you play at under 20 so there is an issue getting them through and keeping them going so maybe the idea of a development squad could work so something needs to be done there as there is further improvement needed to bridge the gap to the 20’s and then Senior level but that’s a question for someone else to answer”.