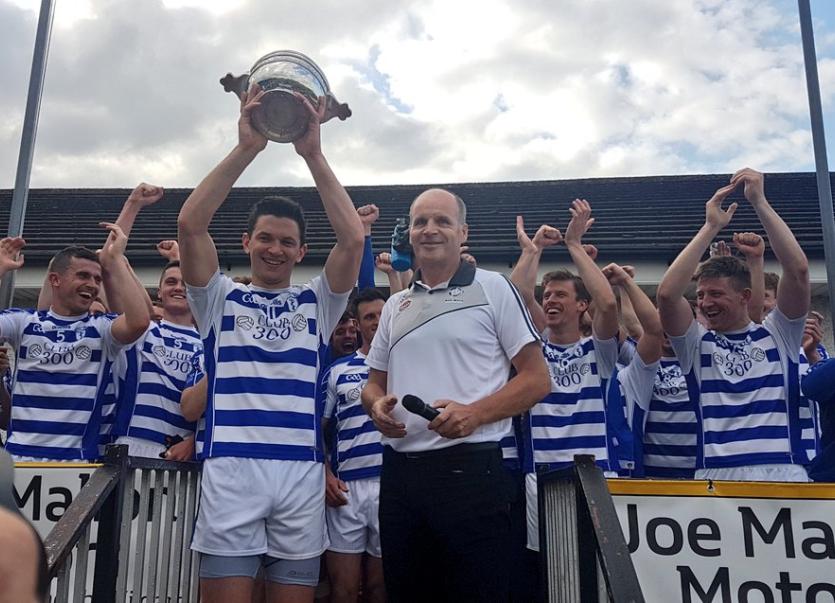 The last time Naas were Division 1 Senior Football League Champions Niall Cronin was the team mascot and everything turned full circle last weekend when Cronin managed the team to success in a cracking Final win over Carbury.

24 years have come and passed with relatively no success for Naas at Senior Level but with a huge amount of underage success the tide could be turning for the Blue and White.

The manager was over the moon to get League glory and it’s something he is incredibly proud of.

“I’m a very proud Naas man and this is the pinnacle for me to be the Senior Manager of the Club and 25 years is a long time”.

“ I don’t buy that it’s only the League either we have been training since last December or January and there are only two main competitions which we can win and I don’t know why you’d want to leave one behind so it is very important for us to do that”.

“We had experience of winning on the pitch with a lot of young lads who are used to success and it was just another game to them but it is very important”.

“Underage success is good but it’s no good winning at that level if you’re not going to be there on the big days and its very hard to believe to be honest”.

The teams drew in the regulation part of the League and despite leading near the end, Cronin knew Carbury wouldn’t throw in the towel and that is how it transpired as they forced extra-time with a late Eoghan O’Flaherty score before Naas kicked on to secure the win.

“When you haven’t won something in 25 years it’s hard to get over the line and Carbury were never going to give up”.

“They were in two county finals a couple of years ago and are a very good team”.

“The route they had to go to even get to a final was tough in the way they defeated Athy and Moorefield so they weren’t going to give up after 60 minutes and they kept going to the end in bringing us to extra-time and at that stage it’s the luck of the draw”.

“We knew coming in what to expect and the way Carbury would set up and how difficult it would be to break them down and we just had to take our time and hope the chances we created would work out and look we were lucky with a fortuitous goal and maybe that spurred us on when we looked to be dead and buried”.

“I suppose we were lucky that the lads that came on made a massive impact and it gave us a bit of extra energy which was very important”, the Naas boss admitted.

It was a day of mixed emotion really for Cronin as he had two cousins in Jack and Mark Cully on the opposition team and he admitted he would have preferred if it wasn’t them that they beat.

“It’s very mixed emotions for me with both Jack and Mark Cully involved in the losing dressing room and it would have been nice if we didn’t have to beat them to win it”.

“There is 11 or 12 teams in Division 1 and of course we have to meet them in the Final so its tough from that point of view but the work the lads put in they deserve to get something out of it and they got their due reward”.

The toll it took for Naas to win and importance of it was the fact that two players deferred going on holidays with a  couple more returning from serious injuries.

“Darragh Kirwan shouldn’t have been here, he was supposed to be in sunnier climes but he made the decision to stay as did Dallan Gallagher and regardless of what age the lads are they have put in a lot of work”

“Cathal Daly came on as a sub and he has been on crutches for most of the year and Shane Bergin has barely three hours of football played this year after an operation so its been a big team effort and we needed the panel and the numbers to get the win”, Cronin said.

One man that played a big part in the victory was Eoin Doyle and along with Eamonn Callaghan he is one of the more experienced players so he was thrilled to get some overdue reward.

“The influx of the younger players has been huge, the difference they made today and the extra firepower they gave us was huge but it’s about continuing that now because you can lose that winning habit very easily so it is up to them lads to keep driving things on and making sure that this winning mentality is maintained”.

While winning the League was great the Kildare Captain knows attention will soon turn towards the Championship.

“We have gone empty handed for probably too long so we will enjoy it and then knuckle down for Championship during the week”, Doyle said. 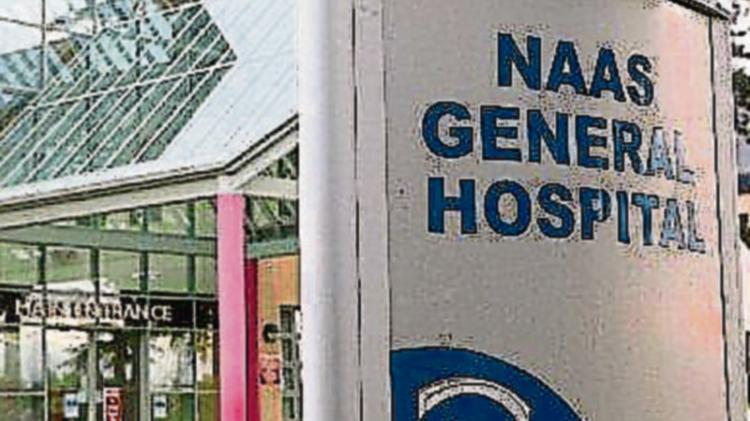