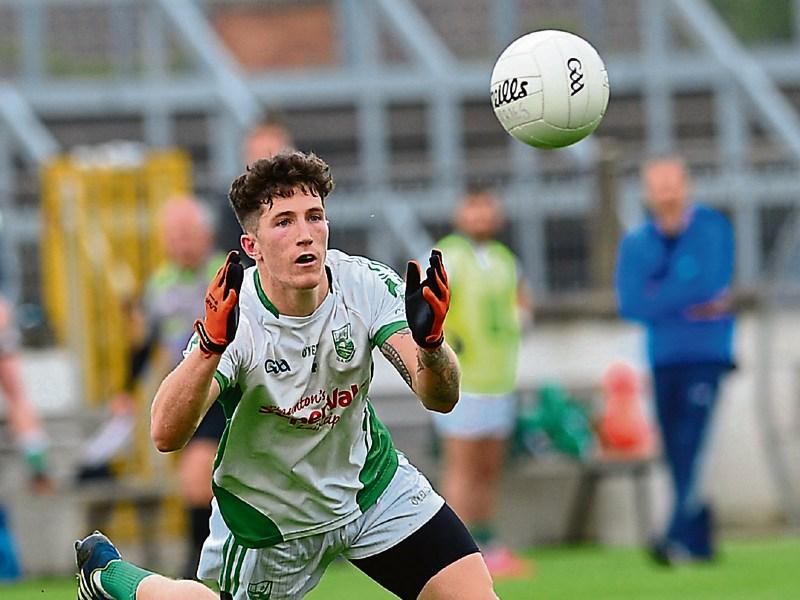 Despite Carbury being tipped as favourites coming into this game, Confey’s display culminating in an overwhelming nine-minute period in the second-half confused Carbury enough that a late rally couldn’t affect the outcome.

In his first year as manager Kieran O’Neill’s Confey dusted off a poor league campaign, where they narrowly avoided division one relegation to dismember Carbury long enough to register their first Championship win.

Needing to rejig a defence without Gearoid O’Sullivan available due to a recent long-tern knee injury, Confey kept Carbury to just five points from play and relying once again on Eoghan O’Flaherty.

In a display of momentum and confidence, Confey caught Philip Wolfe’s Carbury napping between the 35th and 44th minutes in this SFC round one game.

Stunned and not given the chance to respond to Confey’s surge six minutes into the second-half, Wolfe will have to assess how his side, which showed so much promise in the league, were unable to react when the pressure mounted.

Despite James Gately finishing the game with five points, Niall Carney’s performance in the full-forward line, scoring six points paralleled by Ian Devane’s 2-1, pulled Confey through a physical game that could have fallen either way.

Level on four occasions in the first-half, Confey and Carbury delivered the type of game that bodes well for the remaining Championship games.

Despite holding a 2-14 – 2-4 lead in the 44th minute, where Confey’s momentum propelled them to increasing scores, Carbury’s six points in eight minutes closed the margin to four points by the 55th minute.

Despite only scoring one free in the first-half, O’Flaherty scored five of Carbury’s six points in a period that they resembled a runaway train.

Worryingly for Confey though, is that David Slattery needed a brain scan after the game.

Picking up a concussion in the dying minutes, referee Niall Colgan halted the game for nearly five minutes as the Kildare intercounty player recovered from a second heavy challenge.

Drawn with Celbridge and Raheens in their group, Confey’s win doesn’t secure automatic exit from the group stages, and while Carbury have the personnel to recover, a second loss could mean an agonising Championship for supporters.

Nothing separated the sides in the first-half as Mark Cully and Carney traded points in the opening five minutes.

Confey did create a 0-3 – 0-1 lead by the eighth-minute with James Gately assisting Carney, but with O’Flaherty and Jack Cully responding by the 11th minute, it was clear that the sides meant business.

Gately and Jimmy Dunne held supporters in suspense before two Paddy Griffin points purported to give Confey a margin. That is until Moran O’Flaherty found the net in the 32nd minute.

Briefly holding a one-point margin, Gately’s third of the half meant the sides were level at 0-7 – 1-4 at half-time.

Despite Carney kicking his third point, Dermody’s goal three minutes into the half seemed to put Carbury in good stead. Except that the lost focus, allowing Confey to score 2-6 in nine minutes.

Slattery scored his goal in his usual rapacious manner, while Devane's formed part of an all-too easy overlap. And while Eoghan O’Flaherty tried to drag his side to within touching distance, Devane’s 1-1 in the closing seconds allowed Confey supporters to breathe easy.