Exciting card at Punchestown this Sunday 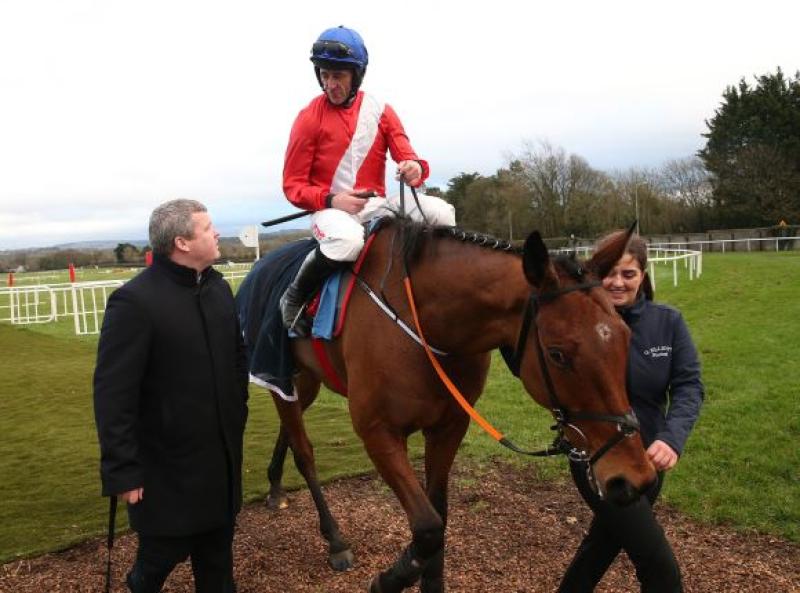 The Grade 1 winning Abacadabras heads the entries for Sunday's Grade 2 Sky Bet Moscow Flyer Hurdle at Punchestown as Gordon Elliott looks to add another high class novice race to his tally this season.

Felix Desjy triumphed in the race 12-months ago for Elliott and Sean Flanagan and the Meath based trainer is hopeful of snaring top honours again on Sunday.

"Both Easywork and Andy Dufresne ran over two and a half miles last time but they could easily come back in trip," Elliott suggested on Tuesday.

"I was impressed with Easywork at Limerick and he looks quite exciting. Andy Dufresne got beaten by a very good horse of Paul Nolan’s last time and he’s been in good shape since then. The way he jumps and travels two miles should be no problem for him.

"We have also given Abacadabras an entry and we'll just see how the horses come through their work this week and make a decision on who goes where," Elliott added.

Willie Mullins has a fantastic record in the Sky Bet Moscow Flyer Hurdle with household names such as Vautour, Douvan, Min and Getabird among his recent winners and the champion trainer has included Blackbow, Janidil and Tiger Tap Tap in this renewal.

Joseph O'Brien has a couple of intriguing entries for the Sky Bet Moscow Flyer Hurdle with the dual course and distance winner Anything Will Do a possible runner alongside stable companion Meticulous who carries the colours of Michael Tabor and has yet to make his hurdling debut.

Impressive Navan maiden hurdle winner Captain Guinness may attempt to give Henry de Bromhead a first win in this race since Mister Watzisname scored in 2008.

The Cheltenham Festival winning City Island is a notable name on the list of entries for the Grade 3 Killiney Novice Chase on Sunday.

Martin Brassil's stable star pulled up following a mistake on his chasing debut at Leopardstown over Christmas but is in line for a quick reappearance at Punchestown this weekend.

"Dallas Des Pistons has had a light season so far but he began to thrive this time last year and I’m looking forward to seeing him back in the novice chase this weekend," Elliott said.