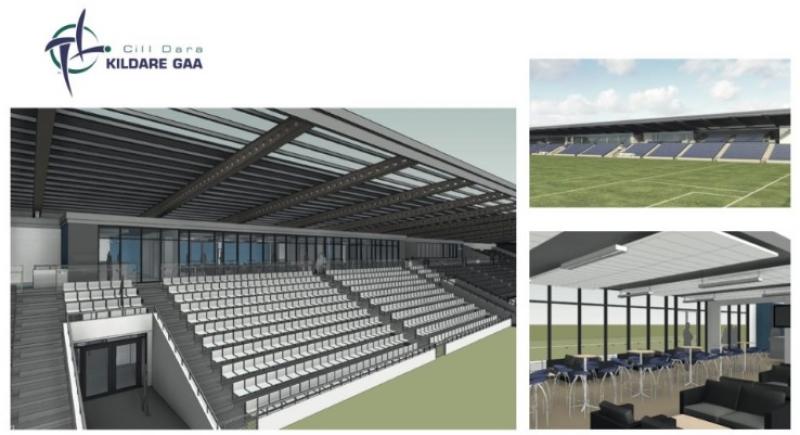 Kildare GAA received a huge boost today with the announcement that they are to received a Capital Sports State  Grant of some €4.875m for the re-development of St Conleth's Park that will cost in the region of €10m.

The announcement will allow the Co. Board to proceed immediately with the redevelopment of the stadium which includes the knocking of the old stand and replacing it with an all-seater 2,600 state-of-the-art modern stand to include first class dressing rooms; multi-function/Hospitality Room; a VIP area; Bar Area; toilets; ancillary Accommodation/Storage area.

The front of the old building will also receive a fabulous newly designed entrance.

The project, under Project Manager, Padraig McManus, has already completed Tender Documents and that can now proceed on to the appointment of a contractor.

It is hoped that work on the project will get under way around the summer of 2020, depending on the appointment of the contractor

The job, which will include the installation of flood lights; the re-alignment of the pitch and the laying of a completely new surface.

The entire works is projected to be completed in or around 12 months which means that county teams, and club games, including county finals etc, will have to find a new home for at least 12 months.

South Kildare TD, Martin Heydon TD who has been heavily involved in the project from the word go said "as a proud Kildare GAA supporter I congratulate the present and previous Kildare County Board Officers for the work they have put into this project to date. I look forward to assisting them and their redevelopment committee further as they work to turn our dreams of a state of the art GAA stadium in the centre of Newbridge into a reality.  #NewbridgeorNowhere