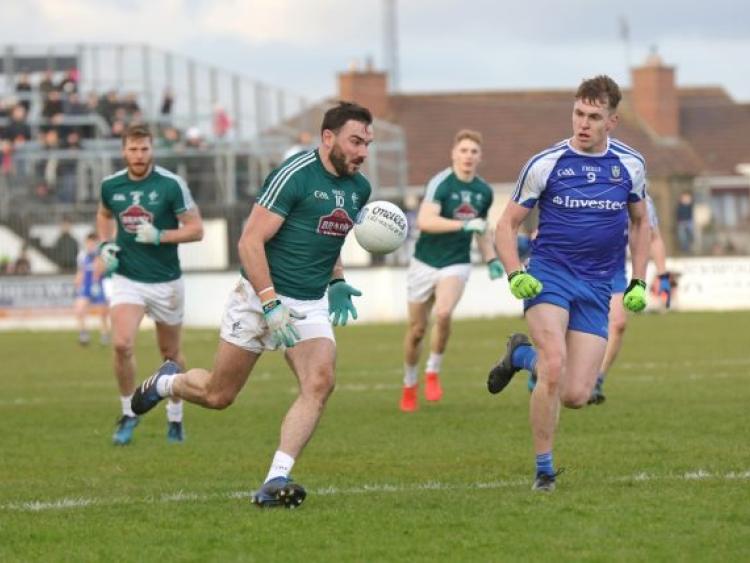 2019 Kildare Senior Footballer of the year Fergal Conway will miss out on the early part of the National Football League due to injury.

The Celbridge man was a colossal in the white jersey last term so his loss is bound to be keenly felt.

The worries for Jack O'Connor only start there though as fellow midfielders Aaron Masterson and Kevin Feely are also likely to be unavailable for Sunday weeks Division 2 opener against Fermanagh.

The Kerry man outlined his thoughts and hopes other players can step up to the plate as a result.

“Fergal Conway has had a procedure done on his knee so depending on how he recovers it’s looking like 6-8 weeks out minimum for that”.

“Aaron Masterson has picked up a foot injury so he’s out for the next few weeks aswell and we could have done without that as Kevin Feely picked up a knock in his hamstring so that’s more or less three midfielders out of the equation so it’s important other lads step up in that area”.

“In regards to Kevin Feely he’s back doing a bit but he hasn’t integrated back into the team yet but there’s two or three sessions left before the Fermanagh game and we will see can he play a bit of football before then”.

Elsewhere Athy's David Hyland was confirmed as Senior Football Captain for the year this evening with Celbridge's Mick O'Grady the vice captain.

Hyland has settled into the centre back role for O'Connor after starting there in all three O'Byrne Cup games while O'Grady returned to the frame in the recent win over Carlow.