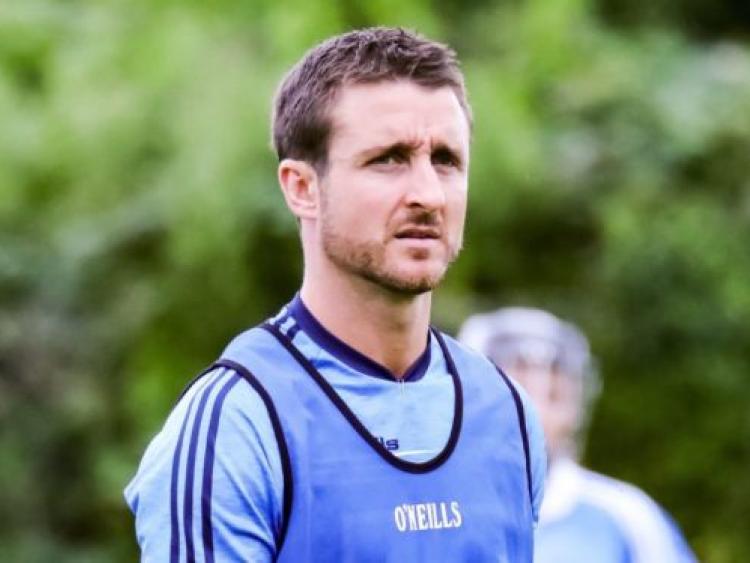 The Kildare Hurlers open up their National Hurling League campaign at home to London on Sunday afternoon.

The game forms part of a double header with the Footballers and while not looking beyond Sunday Kildare Manager David Herity knows the team need to try and get promotion to start playing at a higher level.

“I know the Christy Ring is a bit away and we would have had an eye on that and the League last year but both eyes are firmly on the League right now and making sure we are hitting the ground running”.

“In 2019 between getting to know the players we only had two months before the League had started and that was tough. We are streets ahead of where we were this time last year and right now it really and truly is all about the League and getting off to that first win against London”.

“It’s about getting the wheels in motion and I just get the feeling if we can build that momentum from the first game it’s going to be massive”.

Herity is moving into his second year in charge of the team and admits that things are a lot more rosy than they were in his maiden voyage.

“Last year I started off with Ronan McWilliams but then Declan O'Toole came on board and he was a massive positive to the whole situation. He brought in a few lads aswell and we’ve just hit the ground running and Paul Dermody has come on from July onwards and we’ve been able to cast the net far and wide throughout the Club Championship”.

“I don’t think there’s a game we’ve missed over the last year so it’s great to give lads a chance that are eager to play with Kildare in 2020. Everything has been narrowed down quicker and we are confident we have got that right this year”.

“It’s a lot more of a settled team this year and we have 12 of the lads that would have started against London in the Relegation playoff with the other three ruled out with work and starting a young family. It’s massive to have the majority of the lads though and that level of experience is important.”

“The lads know the standard we expect and they can then pass it on to the younger lads”, he said.

In the absence of Martin Fitzgerald, Herity had to name a new captain and it was no surprise that he turned to the man that led Kildare to Christy Ring Cup glory in 2018 in Brian Byrne.

“Brian Byrne was captain in 2018 and vice captain last year and look he’s fantastic. There are a lot of great leaders amongst the panel and we decided we wanted to give it back to the club’s so whoever won the County Championship would have the captain”

“It gives a bit more meaning to it and the club is involved a bit more. We would have had it in Kilkenny and it was a massive lift to the club. Brian is a massive leader but he also commands huge respect and puts in a lot of work outside training. We are delighted to have him as captain.”

London is the first port of call on Sunday afternoon and playing before the Footballers is a huge boost to everyone involved.

“Having two double headers is fantastic and having a fairly packed Conleths with the Footballers on afterwards gives a real chance to the lads. You hope then that the crowd will come back again for the game against Roscommon”.

“We’ve a few tough games away against Down, Derry and Warwickshire but it will still be brilliant preparation. Away games are a brilliant opportunity to get to know lads better so it’s good”, Herity admitted.