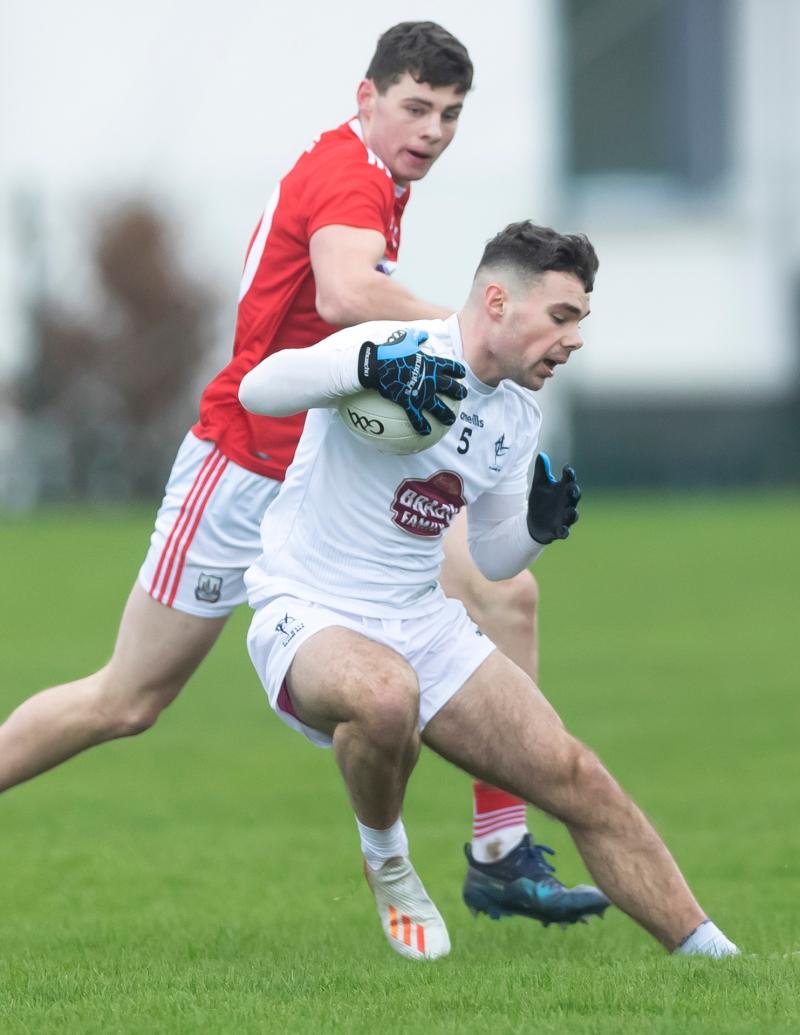 A goal in either half gave Cork a deserved five point victory over Kildare in the Under 20 John Kerins Development League Final in Sean Lockes GAA Club in Callan.

Kildare were competitive for long periods but the Cork goals courtesy of team captain Blake Murphy really killed them.

The Cork full forward was a constant threat for Kildare with himself and Mark Cronin getting a total of 2-7 between them.

Not for the first time in the League campaign Kildare depended largely on the scoring threat of Darragh Kirwan and Shane O'Sullivan and a much bigger spread will be needed for the Leinster Championship opener against either Louth or Offaly in three weeks time.

Not only did Cork win last years All Ireland Under 20 Title but they were also successful at Minor level so it was always going to be a big step up for Gay Campbell's charges and after using over 30 players they will have learned a lot throughout the four League games.

Kildare started brightly and opened the scoring with a Shane O'Sullivan free after only two minutes before Cork took control with three points in a row.

Mark Cronin and Fionn Herlihy were on target for the Rebels while Daniel O'Connell also squandered a chance for goal.

Kildare responded with points from O'Sullivan and Kirwan but their goal was living a charmed life with Brian Lynch shooting against the crossbar.

Cork then scored four of the next five points with Cronin, Brian Hayes, Kieran Twomey and Conor Russell all scoring with Kildare's only response coming via a Kirwan attempt from play that left the Munster side leading 0-7 to 0-4.

Kildare stayed in touch with a brace from O'Sullivan but the killer blow of a Cork goal arrived just before the half-time whistle when Cronin showed great patience on the ball before offloading to Blake Murphy who placed a shot past Kyle Costello to give Cork a 1-7 to 0-6 interval advantage.

Kirwan reduced the deficit in the opening minute of the second half but again Cork were able to sweep away the Kildare challenge with a brilliant point from Murphy while Kildare keeper Kyle Costello had to be at his best to deny the same player from close range minutes earlier.

Kildare half-time sub Paddy McDermott kept his side in touch with a 37th minute point but five points on the bounce looked to have settled the result in Cork's favour.

Murphy, Cronin, Hayes, Daniel O'Connell and Gerry O'Sullivan all pointed as Cork opened up a double score lead heading into the final quarter.

Kildare looked in trouble at that stage but to their credit they kept plugging away with O'Sullivan and Luke Griffin kicking points with Darragh Kirwan also pulling a shot wide for goal.

Only five points separated the sides as a result but the outcome of the game was put beyond any doubt in the 52nd minute when Murphy turned Jack Sargent near the sideline before adding both his and Cork’s second goal.

Mark Cronin followed up with his fifth point to leave Cork nine clear going into the final few minutes.

Kildare kept going though and they got just reward with O'Sullivan netting via a deflection before he knocked over his fifth free of the game.