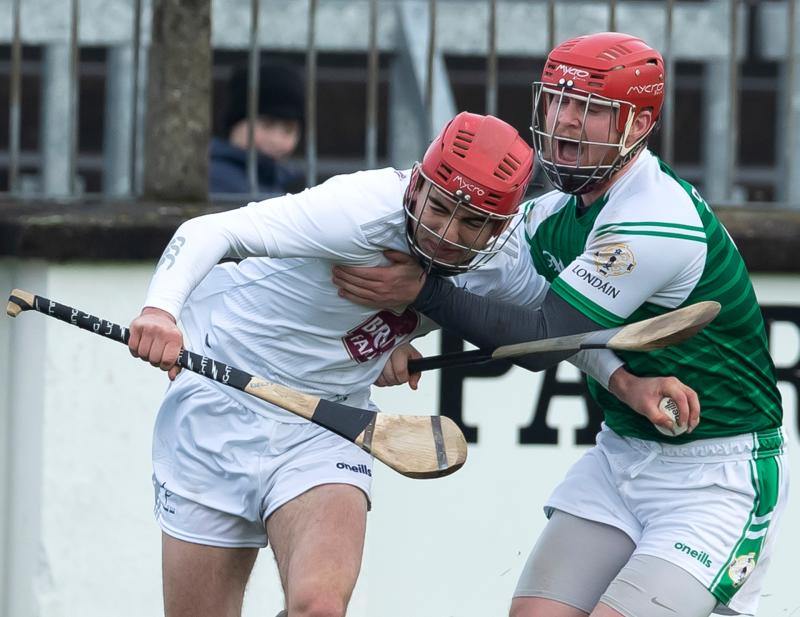 Kildare opened up their National Hurling League campaign in impressive style with a twelve point victory over London.

Brian Byrne was the star of the show in scoring 1-13 and along with Jack Sheridan their two first half goals kept London at arms length.

David Herity's men were always in a degree of control and any time they needed to go up a level they did although the late injury to Ross Kelly will be somewhat of a worry.

Kildare will have further English opposition in Warwickshire next Saturday and a win across the water will give the 2018 Christy Ring Cup winners a fine start before the first break in the League.

Kildare made one change prior to throw in with Ardclough’s Aran Kelly replacing John Doran resulting in a rejig in the Lillywhite defence.

Kildare were favourites heading into the Division 2B opener and they started the better with Cathal Dowling and Tadhg Forde giving them an early two point lead.

London hit back with a point from Dean Corrigan after great work by Jack Goulding but Kildare were clear on the scoreboard by the 5th minute when Jack Sheridan scored a wonderful individual goal as he beat his man and finished past Padraig Buckley where a point would have been the easy option.

The teams then exchanged scores for the following ten minutes to leave Kildare ahead 1-6 to 0-6 by the halfway mark of the half with Brian Byrne finding the target on five occasions with his clubmate James Burke also scoring from play for Kildare.

The London response came via Aaron Sheehan who scored six points in the opening half, Jack Goulding with a well taken sideline cut and Brian Hickey.

Successive Byrne frees then pushed Kildare five clear and while Sheehan replied in kind Byrne and Sean Christiansen pushed the Kildare advantage out once more.

Sheehan was leading a lone furrow at times for the visitors and when he knocked over two frees in the 27th and 28th minutes London were back within touch.

The final few minutes of the half was dominated by Kildare though as they knocked over 1-3 without reply.

Mark Delaney, Sheridan and Byrne got the points and the captain rounded off a fine first half display with a well taken goal that gave Kildare a 2-13 to 0-9 advantage at the break.

London started the second half well with points from Sheehan and Kieran Morrissey but it wasn’t long until Kildare maintained their dominance.

Byrne continued to knock over frees for sport and with Jack Sheridan and Paul Divilly scoring from play Kildare quickly eased clear on the scoreboard.

Before the end Mark Delaney and Ross Kelly knocked over efforts from play but it was Byrne who was the shining light in attack and a few more points helped him finish with a tally of 1-13.

London to their credit kept going and they finished well with points from Sheehan, subs Oisin Royston and Colin Nelson as well as Stephen Lohan and Kieran Morrissey but all it really did was put a gloss on the scoreline as Kildare ran out emphatic winners on a 2-26 to 0-20 scoreline.