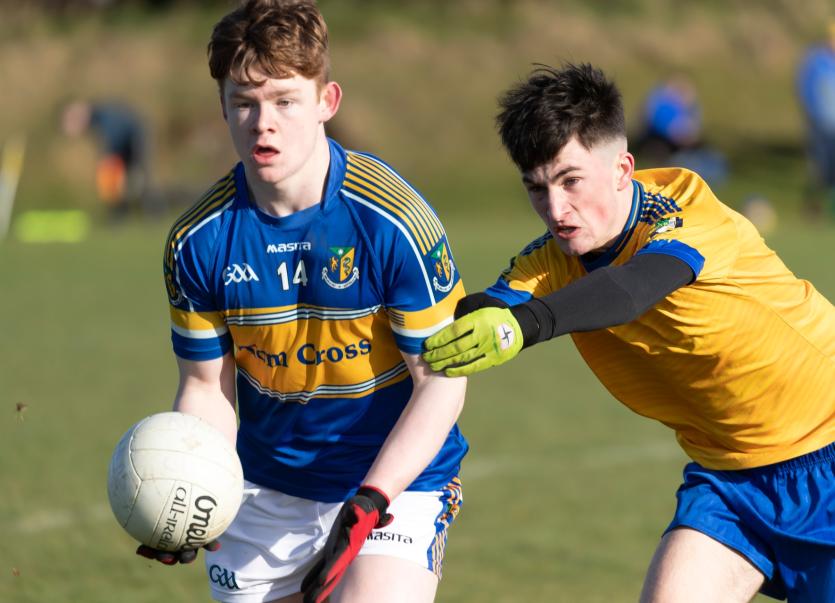 Naas CBS produced a five-star performance as they steamrolled their way past Athlone in the first knockout round of the Br.Bosco Cup in Raheens.

The defending Leinster Champions were in control from start to finish in a dominant display that marks them as strong favourites to win a third Provincial title in a row.

Naas showed their superiority from the start as they raced into a 3-9 to 0-0 and the game was good as over at the end of the first quarter.

Points from Beirne , Kevin Quinn, Sean McLoughlin and Nick Sweeney soon followed and the hosts were 1-9 to 0-0 up without even breaking sweat.

Beirne and Quinn then added two goals in three minutes before Fergus Lennon finally got Athlone on the board with three minutes of the half remaining.

Dalton rounded off the half's scoring in stoppage time as Naas took a huge 3-10 to 0-1 lead into the break.

Naas continued where they left off on the resumption as Ballymore man Murphy got a quickfire 1-1 with sub Will Purcell also on target.

Trailing 4-12 to 0-1 Athlone then got some momentum going with Cormac Canney having a goalbound effort saved by David Morrissey before Lennon, Luke Greislean and Dylan Keegan added on points.

Naas were in a different class to their opponents though and they responded in style with points from Murphy and Paddy Kelly added to by a fifth goal from Neil Aherne.

The game then dragged on towards it's inevitable conclusion with Athlone points from Jack O'Beirne , Daniel Keenan and Dylan Keegan cancelled out by Naas efforts from Murphy, Aherne and Joe Murphy.

In the end a thoroughly convincing victory for Naas on a 5-18 to 0-7 scoreline that sets them up for a quarter-final meeting with Moate.