A disappointing second half display leaves Kildare with only one win in three games. 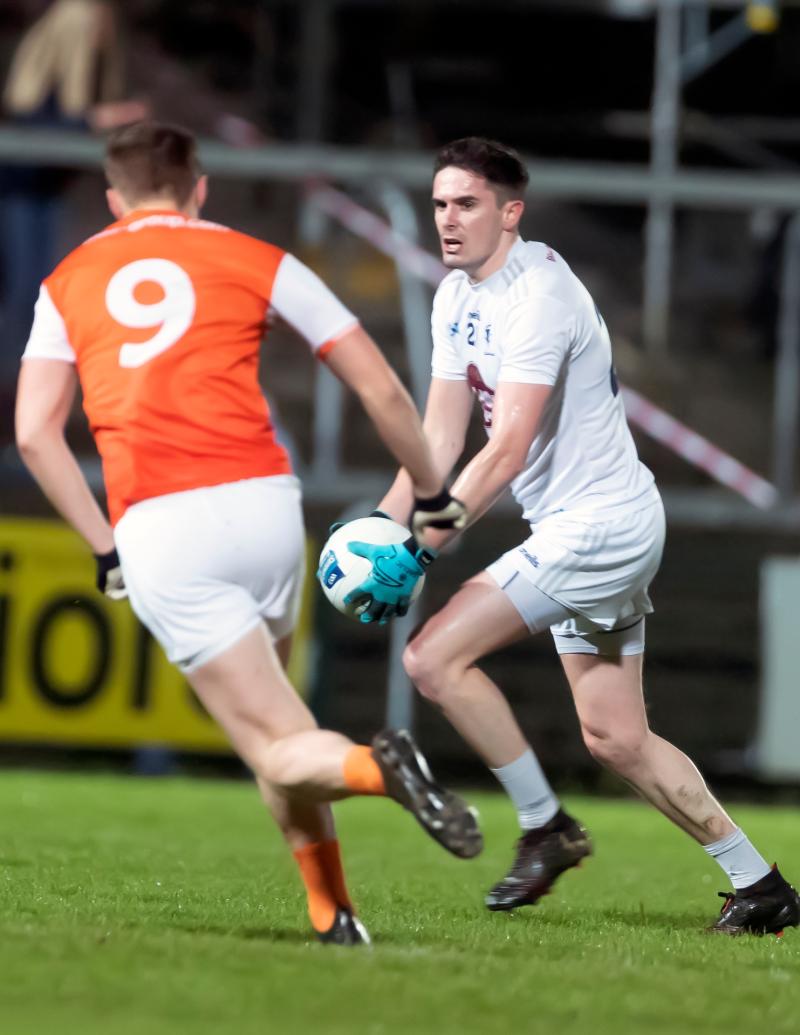 For the second away game in a row Kildare fell to defeat with Armagh emerging six point victors in the Athletic Grounds on Saturday Evening.

The damage by Kieran McGeeney's men was done in the second period where they scored 0-8 against the gale force wind while Kildare only scored a solitary point in the first half.

Trailing by seven points at the break and putting in a huge defensive display the Lillywhites looked in decent shape but the first half excursions seemed to take their toll and Armagh held them off with relative ease.

Armagh only finished with 14 men after Jamie Clarke was sent off in the early stages of the second half but in truth for long periods it looked like Armagh had that extra player.

The game arrived on the cusp of Storm Ciara and had to survive two pitch inspections before getting the go ahead.

When it did throw in both sides had changes with captain David Hyland and Tommy Moolick coming in for Kildare while the likes of Aidan Nugent, Aidan Forker and Jarlath Og Burns started for Armagh which made the hosts stronger if anything.

With the wind at their backs Armagh started with intent and Aidan Nugent kicked over a point from an offensive mark in the 3rd minute.

Kildare were getting in the faces of the Armagh  players and it looked to be working a trick when a booming Mark Donnellan kickout saw Jimmy Hyland win a break before Paul Cribbin kicked over the equaliser.

Jimmy Hyland and Mick O'Grady had further opportunities to score but missed the target and after a pretty wasteful opening quarter Armagh beganto get their act back together when Stefan Campbell pointed them in front.

Quickfire points from Niall Grimley and Rian O'Neill soon followed before they created two glorious goal chances with Mark Donnellan saving the first from Nugent while O'Neill will still be wondering where Peter Kelly came from to make a goal saving block.

Kildare looked in good shape only trailing 0-4 to 0-1 by the half hour mark but four Armagh points in as many minutes pushed the margin out to seven with sub Jamie Clarke x2 as well as Campbell and Oisin O'Neill knocking over points.

Thats how the half ended but there was a flash point going into the dressing rooms with three or four Armagh players getting involved with Daniel Flynn before it all kicked off on the sideline.

The result of the bust up was Jamie Clarke being carded when the teams re emerged and that would prove crucial as the Crossmaglen man got a second yellow two minutes later in an incident involving Jimmy Hyland.

It was the opening ten minutes of the half that Armagh settled the contest with four points in a row pushing them 0-12 to 0-1 ahead after Rian O'Neill x2, Aidan Nugent and Stephen Sheridan all scored.

Kildare needed an urgent response and they almost got it when a Daniel Flynn effort was blocked on the line before Paddy Brophy and Callum Cumiskey  then exchanged points.

Adam Tyrrell was introduced a couple of minutes later and he kicked two long range frees to get Kildare within nine before Daniel Flynn put over a sublime score near the sideline.

Every time Kildare garnered some momentum there was always an Armagh response however and a brace of frees from O'Neill and a point from play by Mark Shields kept them in the comfort zone.

Kildare did finish well with points from Tyrrell, Brophy, Cribbin and Jack Robinson but the result was long settled as Armagh sauntered to six point success.