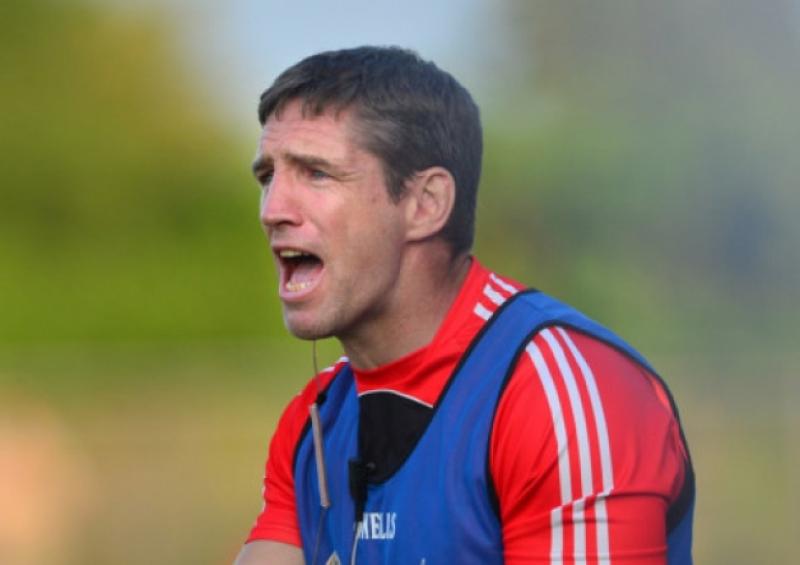 In this part of the world the most relatable aspect was at the very end as he took a glance to the Kildare representatives and admitted he takes no pride in getting one over his former employers.

That may be true but it's something Armagh have gotten used to and in his time as manager they have beaten Kildare twice while only a last gasp Jimmy Hyland free denied it being three in a row.

In fact Kildare haven't overcame the Orchard County since 2007 when a Johnny Doyle  inspired side took victory in Crossmaglen.

No wonder Armagh were in confident mood as we ventured across the border and McGeeney was relatively pleased with his side's performance in the context of losing a week previous to Laois.

"The way the League is and it's coming at you and it's easy to slip up. If you don't get up it can really hammer you and I would say all four Divisions are tight"

"The Leagues are our best competition and some of the games are top class. If I'd my way I'd get rid of the pre-season competitions and have 14 League games"

"It really is a good indication of your team and it gives players a chance to bounce back very quickly  and in fairness to our boys we did that tonight".

It's remarkably ten years since Geezer brought Kildare within a crossbar of an All-Ireland Final appearance but it appears Armagh have now leapfrogged Kildare in the pecking order after a couple of productive seasons.

The Orchard County will now be most people's favourites to get out of Division 2 and achieve promotion but they aren't taking anything for granted.

"We have put in some great performances over the last two and a half years and last Saturday against Laois was probably our worst in that time but I think we are going in the right direction".

"Division 1 is a tough place to be though and if you make mistakes you get punished severely for it and like tonight we had four goal chances and didn't score any of them. I think we are good enough to take that step but you have to be ruthless", McGeeney admitted.

The Armagh boss also had some words for Kildare in describing Daniel Flynn as one of the best athletes in the GAA and thinking its a good sign that his team could beat a side that was in the Super 8's twice in the last five years.

He was also of the opinion that despite the six point margin that there's not much between the sides.

"Our ability to take some scores against the wind stood to us and Kildare probably had the same amount attacks in the first half but just didn't get the shots off".

"We're happy with the victory but there's still nothing between the two teams".