Lillies primed for Faithful exam in Under 20 Championship 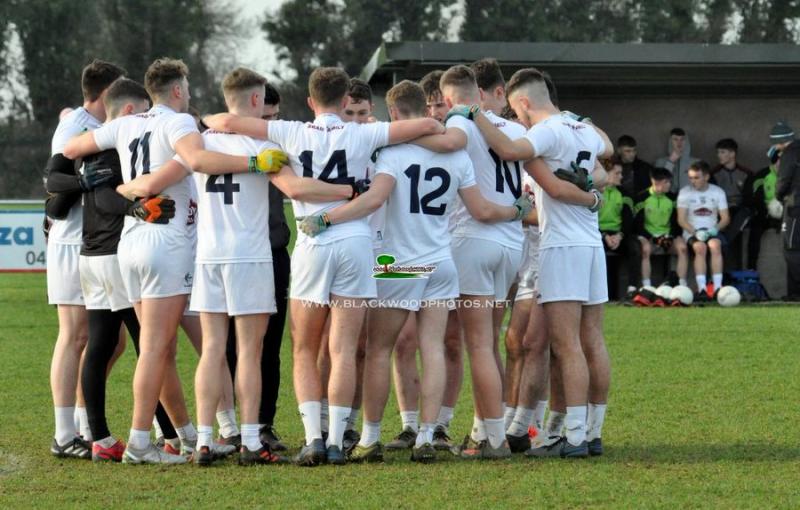 The Kildare Under 20 Footballers kick start their Leinster Championship campaign when Offaly come to Newbridge on Saturday afternoon.

The Faithful county got the better of Louth on a 2-6 to 0-9 scoreline last weekend but the context of the Wee County missing two of their Senior stars has to be taken into account.

Like Kildare, the neighbours from across the border qualified for a League Final albeit at a lower level.

In comparison to this stage last year where Kildare had lost all their League games the Lillywhites look in good shape after only going down to All Ireland Favourites Cork in the John Kerins Cup Final.

Kildare got a good look at Offaly last week and noticed the defensive style they will bring to the game.

They know that Shane O’Sullivan who has been shooting the lights out will be targeted so a bigger spread of scores may be needed elsewhere.

“Offaly are a well organised side and seem quite defensive but that’s the way the game has gone for a lot of counties. They have two or three pacy forwards that will break at pace and it will be a right big challenge for us with a conflict of style aswell so we will have to be patient”.

“They will cram up the middle and stop us getting frees. Shane O'Sullivan could be well marshalled so someone else may need to stand up it’s as simple as that. Like the Meath game we'd be hoping to get a decent spread of scores as we will need that”, Campbell said.

Kildare picked their final Championship squad a few weeks ago with the likes of Karl Hartley and Luke Kelly coming into the fold and there is a few injury worries to deal with ahead of Saturday afternoon.

Team Captain DJ Earley was in and out of the team during the League but after coming through a full training game last weekend he should be fit enough to lead the side.

“We are going well but we have a couple of injuries. Kyle Costello in goals has a fractured thumb so he will be doubtful for Saturday and Colm Joyce has a bit of a knee issue so he’s a doubt too. Other than that everyone is 100% with Karl Hartley and Billy Maher back training so more or less a clean bill of health”.

“DJ Earley played a full training game for us last week so he is fine and it was an ongoing thing that needed managing but he’s fine to play the match and there is no issue there. He’s a big player and it’s not just what he brings ability wise but he’s also a great leader with the lads and he sets the tone in training with players looking up to him as he’s been there done that and he’s a great asset”.

Gay Campbell and his management team are pleased with their preparation and feel like the players are in a good place as they look to make up for a first round defeat against Laois in 2019.

“We can say League is preparation for Championship and it is but if your winning it’s a good habit to get into to give the players more belief. We could have lost to both Dublin and Meath but we didn’t so they’ll take more from winning than losing to be fair and a lot of what we have tried has worked out for them”.

“The players are in a good place and they are hungry and looking forward to it. Those that were there last year feel the need to step up as they felt they left it behind them then”.