Takeaways from Kildare's under 20 championship victory over Offaly. 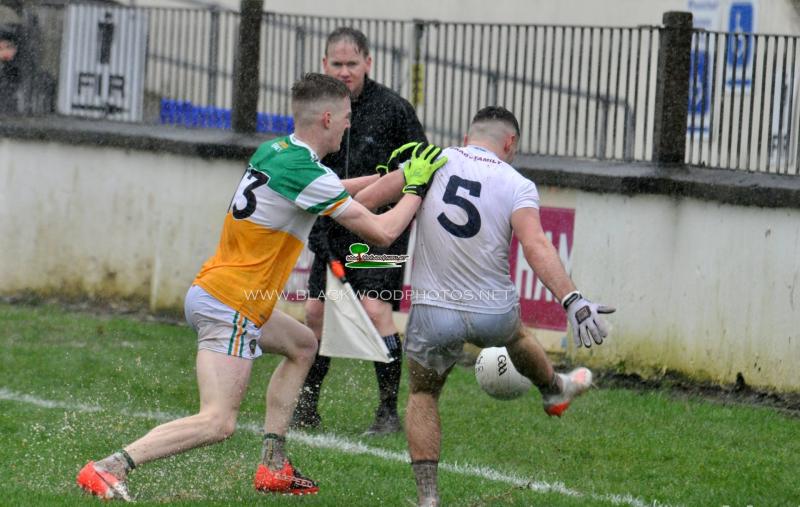 Main Man- Tony O'Connor. Even when things weren’t going their way in the first half the Two Mile House man still had an impact. The half-time introduction of Mark Grehan also helped Kildare dominate around the middle and O’Connor was a huge driving force in that.

Talking Point- There is a two part answer to this with the weather being the first and why the game was even played with the other being the Naas CBS conundrum. Paddy McDermott and Alex Beirne were sensational when introduced and Gay Campbell must find a way to get them into the starting 15.

Turning Point- If it wasn’t for Shane O’Sullivan's goal we may be reviewing an agonising defeat but his 42nd minute piledriver kickstarted the Kildare revival.

Score of the game- O’Sullivan’s goal was one of the best in many a year at St.Conleths Park but even he has to play second fiddle to Paddy McDermott. The Naas man’s winning point in stoppage time had everything from a pacy run down the wing where he left defenders in his wake to a composed finish as he got his side out of jail.

Save of the game- The dramatic conclusion to the game might have never occurred if it wasn’t for a brilliant save by Cian Burke where he denied a goalbound effort from Lee Pearson in the second half. Burke was a bit wayward with a few kickouts but his reputation as a top shot stopper reared its head again.

What’s next?- Kildare await the winners of Laois and Westmeath who face off on monday night.