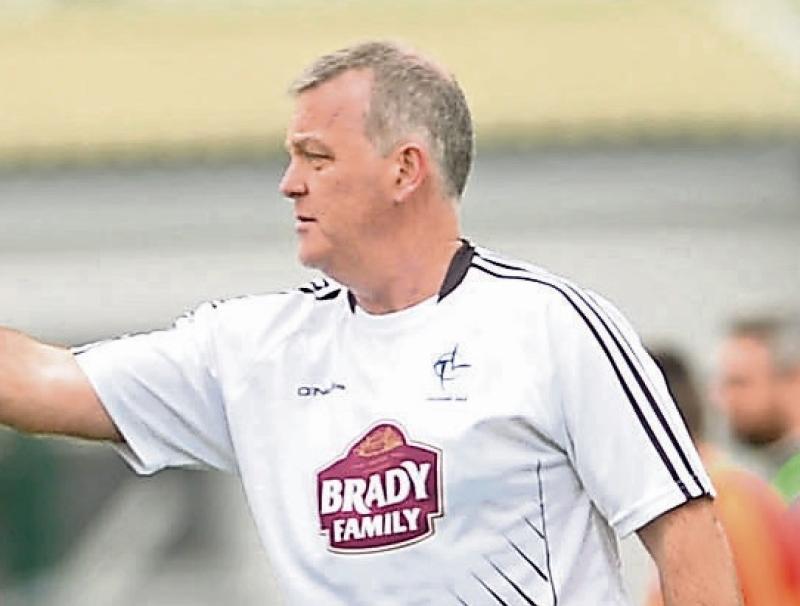 In some of the worst conditions St.Conleths Park has ever seen the Kildare Under 20 Footballers edged out Offaly in dramatic circumstances.

Super sub Paddy McDermott kicked a stoppage time point to get Kildare the one point victory in a game they looked like losing for long periods.

Kildare Manager Gay Campbell was full of relief at the final whistle while also admitting that the game probably shouldn’t have went ahead.

“Conditions played a major part in the win but having said that Offaly did what we thought they’d do and in the first half we weren’t executing our football.”

“At that level character has to come into it and we showed it in the League but more importantly we showed it today. They were asked a lot of questions and while we didn’t have all the answers we did enough to keep going.”

“We showed there was a want there in the second half and they showed a way again. Great credit to both teams as the game probably shouldn’t have went ahead as the pitch was saturated beforehand. It’s very unfair on Offaly to go out in those circumstances. I’ve never seen St.Conleths as bad.”

The Raheens man had huge praise for his subs who had a big impact in a rejuvenated Kildare second half performance.

“That’s what we expect from anyone that comes into the side to make a difference and push on for a starting spot the next day”.

“The subs all made a difference but we could have taken 7 or 8 lads off at the break as we were losing 9 or 10 of the battles in the first half”, Campbell said.

Paddy McDermott and Alex Beirne were two of those subs to stand out getting three points between them.

The Naas CBS stars have been in and out of training and matches due to their school involvement and it’s a balancing act with their game time.

“Paddy McDermott has huge pace and introducing him in the second half was the plan and it would suit him when we had the elements at our back and that’s how it worked”.

“It’s a tough one with himself and Alex Beirne as they would have missed a lot of training while others have been there all the time pushing for a starting spot and we knew they’d make a contribution and thankfully they did and we are fortunate to have them”.