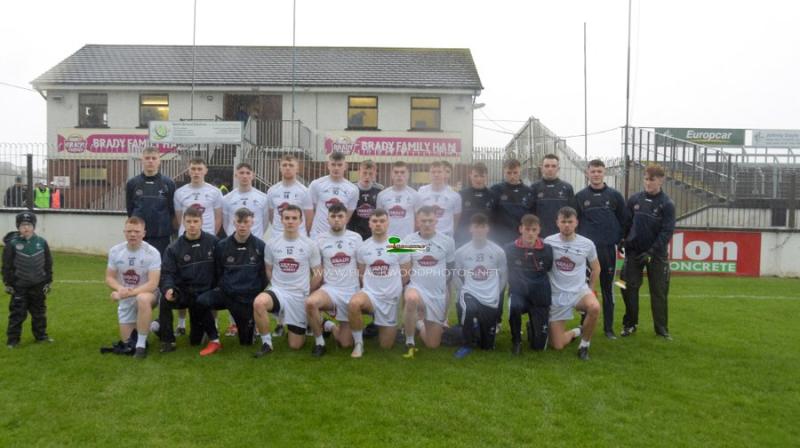 The Kildare Under 20's travel to Portlaoise this evening to take on Laois at O'Moore Park in the Leinster Championship semi-final.

Kildare got to this stage by defeating Offaly in deplorable conditions last Saturday and while the Laois and Westmeath tie fell foul of the weather it eventually took place on Monday night with the O'Moore County coming out on top in a penalty shootout.

Kildare have had a very productive year thus far after winning their opening Championship game and reaching a League Final where they defeated Laois on the way.

While Gay Campbell's team have benefited from DJ Earley, Darragh Kirwan and Shane O'Sullivan being released from the Senior squad ahead of the Championship the opposite is the case with tonight’s opponents.

Sean O'Flynn and Mark Barry are connected to both the Laois Under 20 and Senior squads and have had a schedule that’s been hectic but almost impossible at the same time.

O'Flynn was injured playing for the Seniors a couple of weeks ago and is unavailable for this game but Mark Barry is available.

After playing a full part in the Laois Seniors defeat to Cavan he then appeared 24 hours later in the Under 20 win.

Barry has another hectic weekend ahead with an AFL game against Clare on Sunday and as a result he hasn’t been named in the Under 20 side.

The likelihood however is that we will see him at some stage and this case will surely spur the GAA into a rethink about the scheduling of the competition.

On the game itself Kildare will go in as favourites but no Lillywhite side has ever got anything easy in Portlaoise and it was only last term that Laois shocked the then All Ireland Champions with current Sarsfields manager Billy O'Loughlin at the helm.

Both counties have officially named their teams but on the Kildare side there is expected to be a couple of changes.

Throw in from Portlaoise is at 7.30 and Kildare Now will bring you all the action