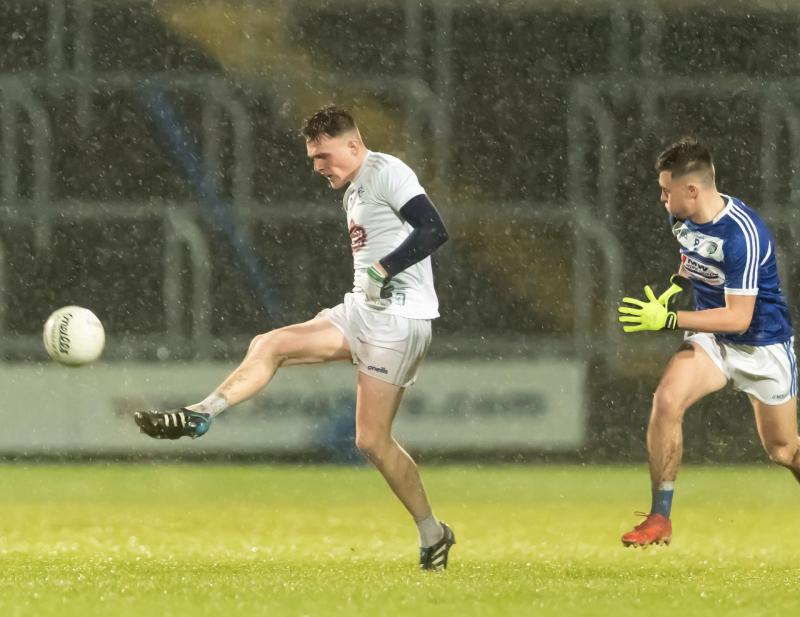 The Kildare Under 20's Leinster Championship campaign came to a shuddering end when they fell to a well drilled Laois side in a wet O'Moore Park on Friday night.

The conditions were very similar to the one when Kildare defeated Offaly but Laois dealt with the weather much the better and a composed first half display laid the foundations for victory.

An opening half Sean O'Flynn goal proved crucial for the victors and they were able to keep Kildare at arms length throughout.

Fellow Senior star Mark Barry also stood out in scoring 0-4 and it was that scoring threat that proved too much for Kildare.

For Kildare it was a very disappointing way to go out and they never got their game into motion at any stage and although they huffed and puffed they couldn’t break the home side down and one point in the second half tells it’s own story.

Shane O’Sullivan was the go to Kildare player throughout the Championship but he was frustrated throughout and it ended with him getting a red card late on.

Both teams had a number of alterations from the start with Kildare making six changes in personnel while the senior pair of Sean O'Flynn and Mark Barry appeared for Laois.

Those Senior stars had a big impact for the home side and despite Alex Beirne and Shane O'Sullivan kicking early wides for Kildare it was Laois who gradually took control.

Mark Barry kicked the opening point from a free in the 6th minute and a Laois goal soon followed when Sean O'Flynn crashed a shot to the net after a skied point attempt hung up in the wind and O'Flynn worked the space for a shot.

Goalkeeper Matthew Byron then kicked Laois into a 1-2 to 0-0 lead when knocking over a long distance free.

In similar fashion to their first half performance against Offaly in the last round Kildare were really struggling until Alex Beirne kicked their opening point.

Kildare did end the half with points from Darragh Kirwan and Shane O'Sullivan but playing against the wind they looked to have a mountain to climb in the second half.

Conditions got worse if anything on the resumption and it took eight minutes for the first point with Alex Beirne reducing the deficit to three.

That’s as close as Kildare got to their opponents however with Barry putting Laois 1-5 to 0-4 to the good halfway through the half.

The Lillywhites then squandered a couple of opportunities including a chance for goal when Findlay Nairn overhit a pass to Luke Griffin.

Kildare’s frustration got the better of them in the final moments with Shane O'Sullivan getting a straight red card for an incident off the ball.

Laois rounded off the game in style with points from Barry and Colin Slevin that sees them qualify for a second successive Leinster Final.