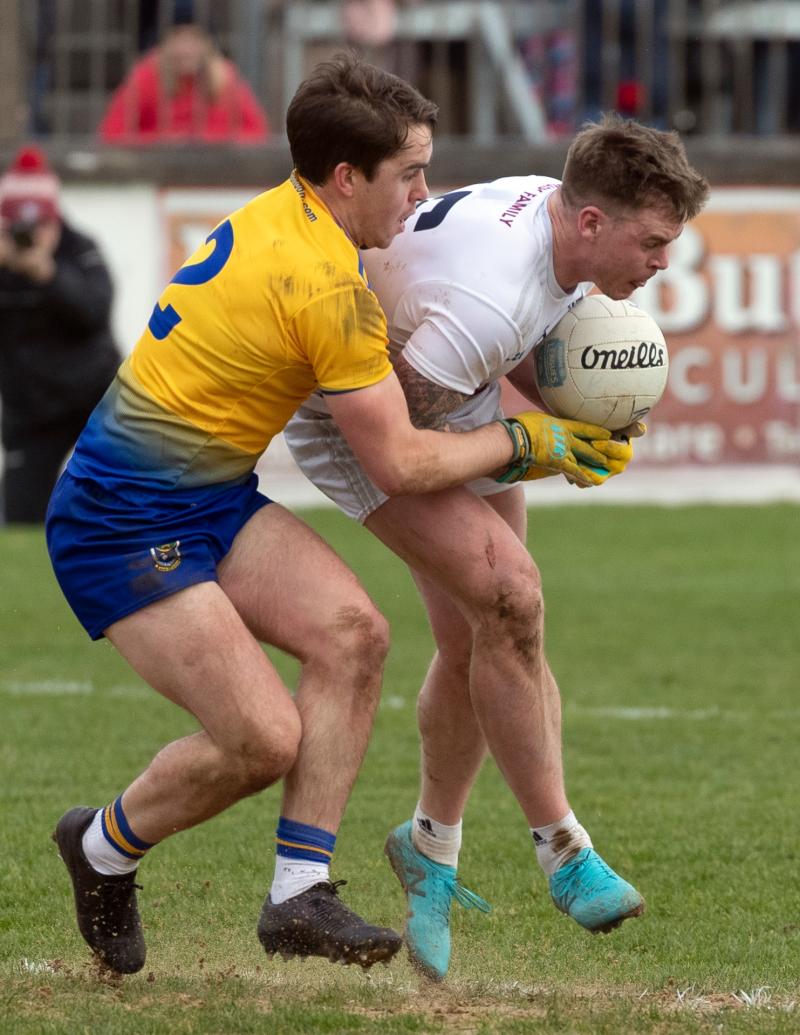 Cathal Cregg and Enda Smith were the goal getters as the Connacht side overcame a three point deficit in the early stages of the second half.

Kildare had been the better side up to that stage with Adam Tyrrell kicking five points but they had no answer to Roscommon’s late revival.

While Roscommon are well positioned to push forward for a shot at promotion, Kildare are now looking behind them as they strife to maintain their Sam Maguire status.

After mixed starts to the League both Kildare and Roscommon came into this Division 2 clash desperate for points to stay in the race for promotion.

Roscommon were lightning like out of the blocks and after Cian McKeon kicked the opening point after only twenty seconds the Connacht side took control with four points in a row.

Niall Daly, Donie Smith and Cathal Cregg followed up with scores and although there was only five minutes on the clock Kildare looked in a degree of trouble.

The Rossies would go scoreless for a half an hour though and Jack O'Connor's Kildare team grew in confidence.

Adam Tyrrell was making his first start of the year and despite shipping a heavy knock in the early stages the Moorefield man kicked Kildare's opening point in the 9th minute.

It began a great spell of dominance for the team in white with Tyrrell adding on a brace before a lovely Niall Kelly effort levelled up matters.

Tyrrell also had something of a goal chance but great defending from David Murray thwarted him.

That didn’t overly affect the Lillywhites though as Daniel Flynn burst onto proceedings with a couple of great points and Paddy Brophy was also on target.

As a result Kildare had kicked seven on the spin before Roscommon stopped the rot with a Donie Smith free as the hosts took a 0-7 to 0-5 lead into the break.

Roscommon started the second period in similar fashion to the first with Cian McKeon pointing a free.

Tyrrell replied with his fourth point to maintain parity for Kildare.

Cathal Cregg then drilled over a point in the 39th minute to reduce the gap to the minimum before Kildare kicked successive scores from placed balls in the shape of Tyrrell and goalkeeper Mark Donnellan.

Kildare were 0-10 to 0-7 up and being the dominant team they looked set to kick on but Roscommon dug extremely deep and back to back efforts from Donie Smith left just a point between the teams.

Kildare added on another point from Paddy Brophy but they were sucker punched minutes later when a flowing Roscommon move ended with Cathal Cregg palming to the net.

Niall Kilroy followed up with a point and Anthony Cunningham's side were 1-10 to 0-11 leaders going into the final quarter.

Niall Kelly’s second point of the game in the 57th minute had Kildare within touching distance but they would get no closer to their opponents.

A converted penalty from the boot of Enda Smith after Cian McKeon was brought down in the square settled the contest in the Rossies favour.

Brian Stack rounded off the game with a late point as Roscommon secured a deserved four point win.