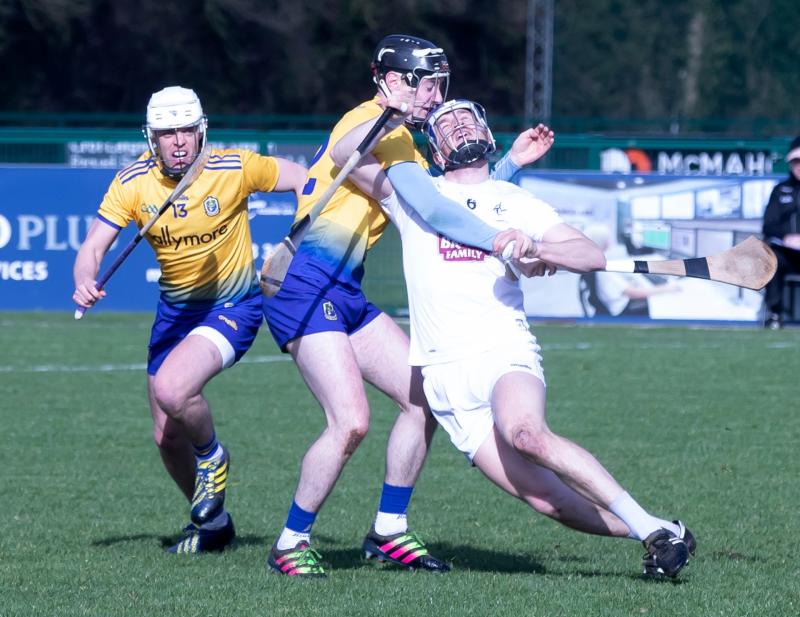 Allianz Hurling League Division 2B Round 4

The Kildare Hurlers are very much on track for promotion from Division 2B of the National Hurling League after sauntering past Roscommon on Sunday afternoon.

Roscommon started off the game in some style with Mickey Joe Egan and Cillian Egan getting goals in the opening five minutes and Kildare had to dig deep to get back into the game.

David Herity’s men fought back with first half goals from Conor Kielty, Jack Sheridan and James Burke and that essentially settled the result in Kildare's favour.

Sheridan and Brian Byrne added further three pointers in the second period as they impressively made amends for a Christy Cup setback against the same opposition in 2019.

It now means Kildare are three from three and sit top of the division ahead of season defining games away to Down and Derry.

Kildare registered the first point in the shape of Niall O’Muinneachain but over the next six minutes they conceded 2-1.

A Cathal Dolan free levelled up matters before two goals followed with Mickey Joe Egan scoring on the back of a poorly directed puckout from Paddy McKenna.

Cillian Egan then knocked in the second Rossies goal after the sliotar dropped in the square and Kildare looked in a bit of bother.

Naas stars Jack Sheridan and James Burke added in further goals and after a spade of points they moved 3-6 to 2-2 clear.

The teams then shared scores for the rest of the half with Kildare points from Byrne, Sheridan and Paul Divilly resulting in the Lillywhites taking a 3-13 to 2-7 lead into the break after a very high scoring half of hurling.

A nine point advantage essentially meant that Kildare had the League points in his hands and they went through the motions for the majority of the second period.

Brian Byrne in particular knocked over points for fun which ended with him scoring 1-11.

Dolan on the other side was the Roscommon chief score getter while Divilly and Dowling also registered scores for Kildare.

Kildare finished in style with Brian Byrne kicking in a 65th minute goal before the tally went to five when Jack Sheridan netted with a 21 yard free.

All in all a good days work for Kildare but the real tests are only around the corner.