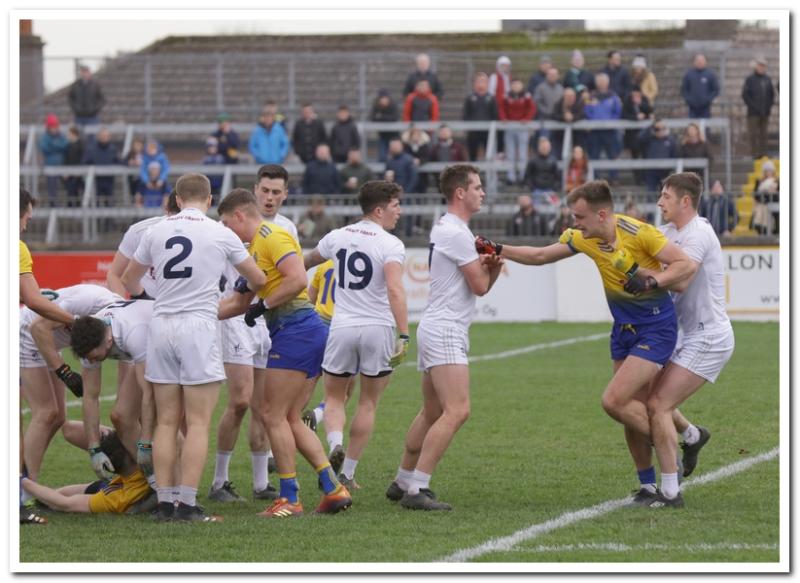 Main Man- Cathal Cregg (Roscommon). Roscommon’s main man on the day as he scored 1-2 from play. Kicked two wonderful points and got the crucial goal. He’s one of their more experienced players and showed his leadership qualities as they grinded out the win.

Highlight: In his first start of the year Adam Tyrrell put in a very productive performance. It was a busy afternoon for the Moorefield man from borrowing a pair of boots off one of his clubmates to taking a big knock in the opening minute. The Kildare scoring threat dried up markedly after he went off.

Lowlight: Tyrrell had a good game and the likes of Niall Kelly, Paddy Brophy and Daniel Flynn all scored but it’s still a forward line that’s lacking a bit of a spark. It’s the third game in a row without a goal and more worrying there was barely any opportunities for one either. A big improvement needed.

Turning Point: Roscommon’s first goal from the hands of Cathal Cregg changed the game completely. Kildare led by two points prior to that  goal and were performing relatively ok but after the net bulged the wheels fell off the Kildare challenge.

Talking point: Kildare came into this campaign fully expecting to get promoted and that looks almost impossible at this stage. Performances have dropped off at an alarming rate and things don’t get any easier when they face a resurgent Laois side on Saturday night.