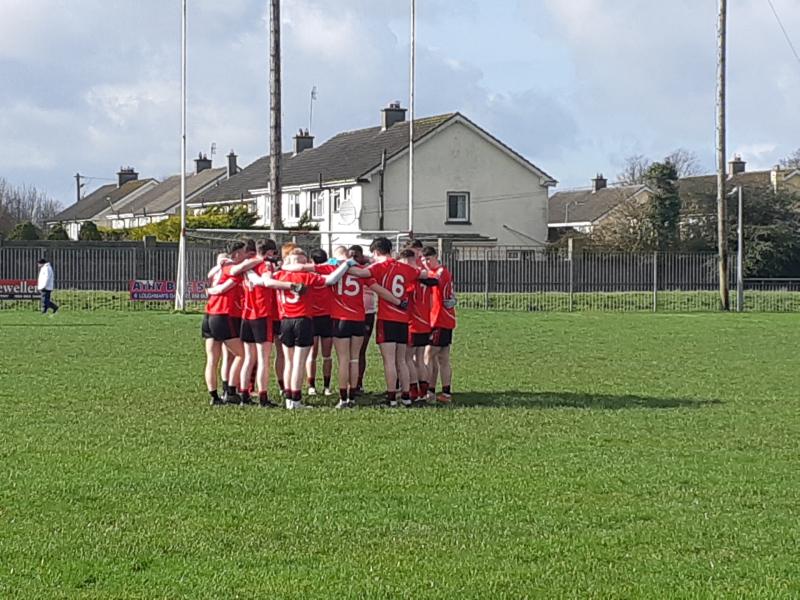 For the second time in as many games Ardscoil Trioinoide of Athy required a stoppage time winner to get the better of Carlow opposition as they sealed their place in the South Leinster Senior Football B Final.

Josh O'Brien was the hero against St.Marys Academy a few weeks ago while this time it was the other corner forward as Aaron O'Toole kicked over a free in the seventh minute of injury time to seal the win.

After trailing by a point at the break Ardscoil with the aid of the breeze looked to be in cruise control when leading 0-9 to 0-6 with only five minutes left before Bagenalstown rallied to get level.

Extra time looked the most logical outcome but this Athy team is full of character and O'Toole split the posts with his fourth free to seal a final place against Tullamore.

Bagenalstown won the toss and decided to play with a stiff enough breeze and after going five clear after ten minutes it appeared to be the right decision.

A trio of points from full forward Mark Foley got them going before Fiachra O'Toole and Jack Tracey followed up to extend the lead.

Despite kicking a few bad wides Ardscoil eventually registered on the scoreboard with an Ian Fleming point from play.

Tracey quickly cancelled out that effort but his black card a couple of minutes later turned the tide completely.

In the half backs absence Ardscoil attacked Bagenalstown at will with both Josh O'Brien and Aaron O'Toole getting a brace of scores each.

When Tracey returned Darragh Nolan pulled a shot wide but Bagenalstown still held a one point interval lead although with such a strong wind behind them it seemed slim enough.

Ardscoil had the deficit wiped out within two minutes of the restart when Oisin O'Rourke caught a ball at midfield before offloading to Josh O'Brien who kicked over from distance.

O'Toole and Sean Moore then pushed Athy into a two point lead with successive scores.

Bagenalstown had a lot of the ball during this period but they kicked wide after wide which only sipped the players confidence away.

Athy stopper David Ibitoye also saved well from Colin Byrne close in and when Ben Purcell pushed the Athy lead out to three they looked home and hosed.

After going twenty six second half minutes without a score Darragh Nolan eventually ended the barren period for Bagenalstown and like buses a couple more came just as quick.

Jake Doyle got the Carlow School within a point as the clock struck 60 before centre back Patrick McDonnell burst forward to kick the equaliser.

The dying embers of the contest was then dominated by placed kicks with Nolan missing a chance to snatch victory before O'Toole kicked a left footed free over the red spot in Geraldine Park to grant Ardscoil Na Trioinoide the narrowest of wins.