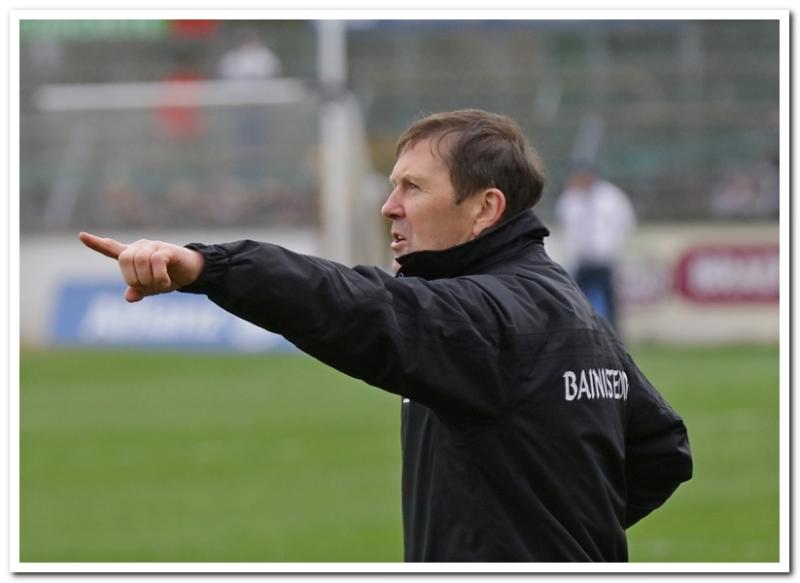 It was as big a win that Kildare have had over neighbours Laois in recent years as they kept themselves in the fight to starve off relegation and the threat of tier 2 Championship Football in the summer.

Laois haven’t beaten Kildare in ten years and if they had done so here it may have been the nail in the coffin for the Lillywhites survival hopes but that inspired them to put in a very good performance.

The first half in particular was great stuff and Kildare Manager Jack O'Connor was pleased with the application of the players.

“Points are hard earned in this Division and we badly needed them today and the lads were very determined”.

“They might have left their shooting boots at home at times but in general they fought very hard and showed a great attitude”.

The quick start where they were four points up after five minutes and the increased work load in the forward line were two of the big improvements.

For O'Connor and his management team the performance is something they could see coming.

“The workrate was good but I thought we played well in patches against Roscommon and kicked seven straight points after a poor start and we thought we were in control of that game and their goal knocked the stuffing and belief out of our lads so  today we got a great start and got ahead and we were determined not to give it up this time and that’s the way it worked out”.

“When you’re a bit low in confidence it’s important not to go behind in a game as you’ll think it’s Deja Fu again so it was important to get ahead and try and build a bit of confidence”.

“I thought the lads played good football in difficult conditions and kicked fifteen wides so we fairly dominated the game but we need to take a few more of those chances going on from here”.

After a week’s break Kildare have two crucial home games against Cavan and Westmeath to come and as they sit in the relegation zone they are matches they need to get points from.

“It’s a very topsy turvy Division and it’s incredible to think that Armagh beat us well and Laois beat Armagh well so it’s hard to put your finger on it”.

“In those difficult conditions especially your mindset has to be spot on and the weather has a lot to do with the inconsistent results but every point is fierce hard fought for and we are certainly not out of the woods yet so we'll be determined to work hard over the next fortnight and get a couple of points at home”, O'Connor added.