Naas CBS into another Leinster Final 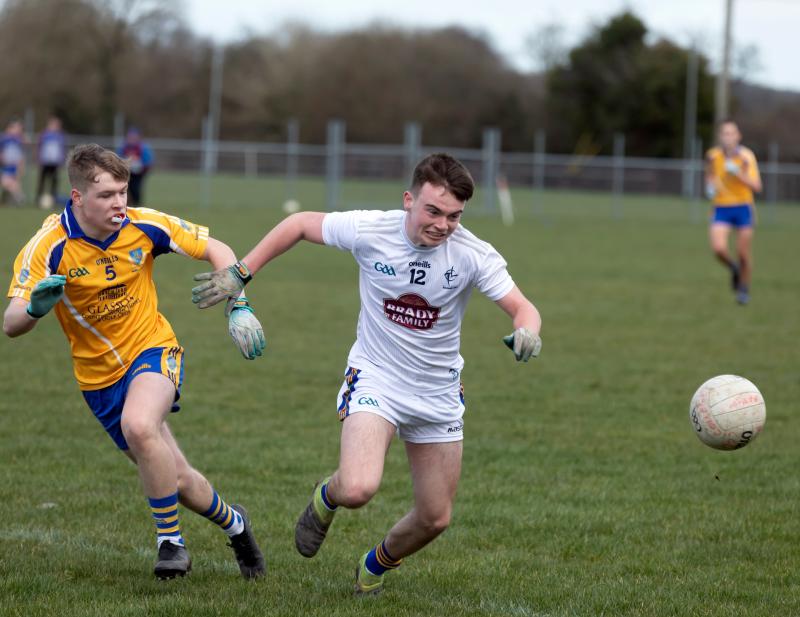 Naas CBS are into their third successive Br.Bosco Leinster Championship Final after they ran out five point winners over Marist Athlone in an atmospheric Coralstown Kinnegad on Tuesday afternoon.

By their own very high standards this was a bit of a drop in performance for the Kildare School but in saying that they were still much too good for Marist of Athlone.

After playing with a stiff enough breeze in the opening half Naas only led by four points and Marist may have fancied their chances in the second period but a Simon Murphy goal in the 39th minute put that debate to bed and they cruised home from there.

Marist netted an opening half goal but they failed to score a point from play and that was never going to be good enough to overcome this Naas side.

Marist came into the game as big underdogs but they didn’t start like that and they could have had a goal within two minutes when Senan Baker broke clear but he shot wide of the goal.

The number 7 on the other side Paddy McDermott then kicked Naas in front when going on one of his trademark runs.

It was a lead that only lasted sixty seconds though as Marist opened up a hole in the Naas defence again with Ben O'Carroll offloading to Stephen O’Connor who shot past David Morrissey.

James Dalton replied for the Leinster Champions but they still looked out of sorts at the back and for the third time in the opening quarter Marist had a goalbound attempt when O'Carroll found Neil Kenny but wing forward Stephen O'Connor kicked wide.

After that miss Naas began to take control with an Alex Beirne free kicking off a six point on the bounce streak.

Sean McLoughlin, Sam Morrissey and Simon Murphy were the others to find the target as  Ronan Joyce's men took a 0-7 to 1-0 lead into the break.

Naas received a big boost at half time when star forward Mikey McGovern returned after seven months out with a cruciate ligament injury and despite a lack of games the Raheens man looked sharp.

Drew Costello with a fine effort from distance and O'Carroll exchanged scores before Naas finally worked a few chinks in the Marist rearguard.

A move involving Costello and Beirne ended with James Dalton missing the target but moments later the Kildare School had their deserved goal when a Costello point attempt dropped short in the square which led to Simon Murphy grasping the ball and he bounced away from trouble before slotting a shot to the net.

That ended the game as a contest essentially with Sam Morrissey kicking over a 46th minute point that gave Naas a 1-9 to 1-1 margin.

Beirne and Dalton added on further points as Naas sauntered through the final few minutes.

O’Carroll and O'Connor kicked over frees late on for Marist but their luck was summed up when Ciaran Quinn got a red card on a second yellow card.

Much to improve on for Naas but as Ronan Joyce admitted afterwards it’s all about getting to the final and his side can look forward to that on Saturday week against St.Josephs of Rochfordbridge.