RACING: Five horses worth a bet at Cheltenham next week 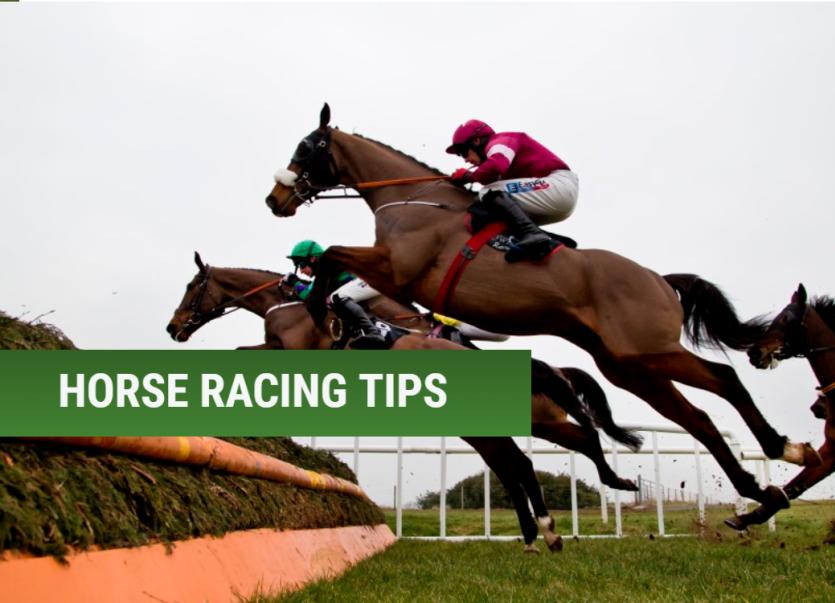 RACING: 5 horses worth a bet at Cheltenham next week

Tuesday's showpiece looks to be a very open renewal in the absence of last year's ill-fated winner, Espoir D'Allen, and the 2017 and 2018 winner, Buveur D'Air, who captured the imagination of the British public for so long. In a race won by either Willie Mullins or Nicky Henderson in four of the last five years, the Champion Hurdle crown is usually reserved for the powerful yards. Since 2009, only three other trainers have had the winner of the race, including last year's surprise winner, Gavin Cromwell. He broke the hold of Henderson and Mullins, and amazingly, could actually win again this year with DARVER STAR (16/1).

Espoir D'Allen was a shock winner last year and Darver Star would be an equally novel name for the winner's enclosure after an unconventional road to the race. He picked up his first win in a handicap hurdle at Wexford in April last year after five unsuccessful trips to the track before that. He was rated 104 in that Wexford race but has had a meteoric rise since then. He's won four times in the intervening period, including a listed race in Limerick last October, but it is his performances in defeat in graded company that catch the eye most of all.

After his fourth win on the spin, he went up against Ballymore favourite Envoi Allen at Fairyhouse in December. He was a 20/1 outsider but admirably finished just four lengths behind Envoi Allen and just over two lengths behind the second-placed horse, Abacadabras, one of the market leaders for the Supreme Novice's Hurdle on Tuesday.

That was good enough form but may have been written off as a fluke if Darver Star didn't follow it up with something similar. He did just that and probably surpassed that display by running Honeysuckle very close at Leopardstown last month. He was slow enough to get into stride but after the last, he was gaining ground on Henry De Bromhead's star and market principle in the Mare's Hurdle all the way to the line. He was denied by half a length but beat the likes of Petit Mouchoir and Supasundae in the process.

Beating those types will do his chances no harm and the slightly extended trip in the Champion Hurdle will see him to good effect, especially if the ground comes up soft to slow a few others down. At 16/1 in places, Darver Star is a brilliant each-way price and would ba fairytale story for his Louth owners.

Elsewhere, but at slightly less favourable eachway prices, Cilaos Emery (6/1) has a shout for Willie Mullins. He has been supplemented for the race and would lap it up if it came up very soft. He fell in a chase won by Chacun Pour Soi at Leopardstown earlier this year but appeared to get a new spark when reverted to hurdles on February 15. He beat Darasso by nine lengths on heavy ground, prompting connections to steer him towards the Champion Hurdle. He too would be suited by a stiff test and may well outlast quite a few up the hill.

The word 'banker' is thrown around far too often in the lead-up to Cheltenham but ENVOI ALLEN (6/4) is as close to one as you're likely to get heading over from Ireland his year. He's leading the market in the Supreme Novice's Hurdle on Day 1 but trainer Gordon Elliott has made it clear this (Ballymore) is the race he'll tackle.

He beat a horse called Nearly Perfect in a point-to-point two years ago, but aptly, he has been absolutely perfect ever since, winning seven straight races to remain unbeaten. The fact that he's won so many races on the bounce is good enough reason to back him here but the manner of the victories is even more telling. He beat Abacadabras easily in December and in his first run in 2020, he eased to victory over Elixer D'Ainay and Longhouse Poet without so much as a reminder from the whip.

He is very classy and will enjoy this 2M 5F trip on soft ground. He will be a serious staying chaser in time and that pedigree will give him all he needs to bound up the hill at Cheltenham. 6/4 is a skinny enough price but this horse belongs in every Cheltenham accumulator.

You need a turn of foot to win a Triumph Hurdle and based on his last run, Dan Skelton's ALLMANKIND (5/1) fits that bill perfectly. He was a fair performer on the flat last year but has been revitalised over hurdles this term. He won by 37 lengths on his debut over timber at Warwick last November and followed that up with a two and a half-length victory in a Triumph Hurdle trial at Cheltenham later that month.

There was even more to like about his nine-length victory over Cerberus at Chepstow over Christmas where he led from start to finish under a confident ride by Harry Skelton. It was reminiscent on Our Conor's runaway victory in the 2013 Triumph when he streaked clear early and just kept the foot down to win by 19 lengths. Allmankind's sectional times were outstanding at Chepstow, especially when you consider the state of the ground.

He clearly stays well, as evidenced by that win on heavy ground, and he also has the course form at Cheltenham in the bank. With the ground likely to turn towards the heavy side before Friday at Cheltenham, he could well bounce out and burn off his rivals before halfway.

This year gives us an ultra-competitive renewal of the Gold Cup with last year's winner Al Boum Photo returning and challenging for market favouritism with Santini. In a race his trainer reckons he's made for, I'm siding with DELTA WORK (6/1) for Gordon Elliott. He was involved in the race of the festival last year, alongside current favourite Santini and Topofthegame who won't line up here. That was in the RSA Chase where two lengths covered the first three home. Delta Work is a serious operator and has looked the real deal over three miles this year against the big boys. He has twice beaten Punchestown Gold Cup winner and Al Boum Photo conqueror Kemboy, who briefly led the market for this race late last year.

Gordon Elliott is very sweet on Delta Work and describes him as "the forgotten horse" because he hasn't captured the public's attention quite like Samcro, Tiger Roll or even current hype horse, Envoi Allen. That is slightly surprising given the fact he has won nine of his 18 racecourse starts. He's only finished outside the front three on two of those occasions.

His running style will suit this race with a repeat of his Irish Gold Cup success last month likely to bring him very close. He settled in 5th or 6th that day and jumped well. He seems to switch off and run comfortably in the early part of races before being produced late. If he does hit the lead, it is likely to be after the last when he'll hope to pass his rivals up the hill. Suggestions he didn't stay in the RSA have been firmly put to bed this season. He could be a star in the making for the already star-studded Gordon Elliott yard.

5 horses worth backing at Cheltenham:

Join us here at www.waterfordlive.ie throughout Cheltenham for daily tips, news and views from the festival.