Conor O'Neill vows Festival will come back stronger in 2021 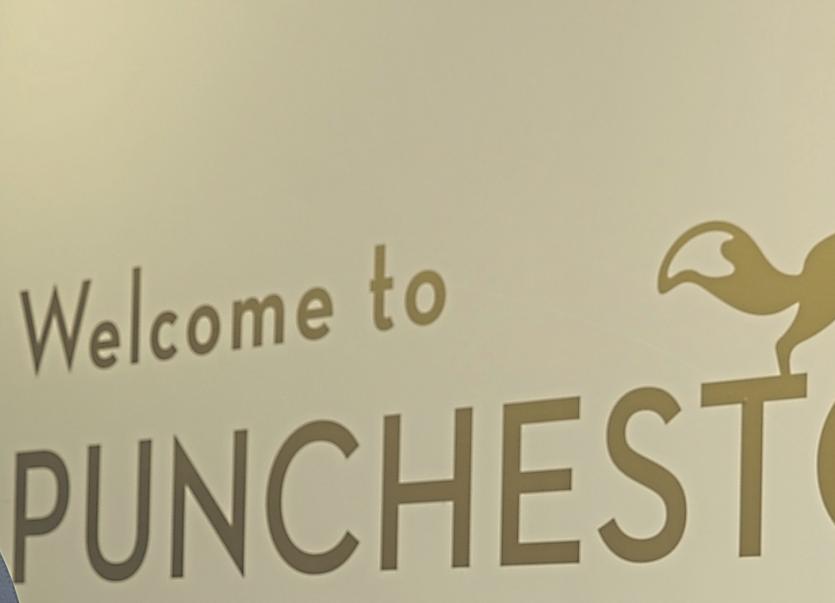 This time last year Conor O’Neill was looking forward to his first Punchestown Festival as the newly appointed general manager, having succeeded Dick O’Sullivan who had been in that hot seat since 2002.
Dick initially came in on what was supposedly a six-month contract as he endeavoured to keep the track afloat as it (the entire Punchestown project) came within hours of having the key turned, permanently.
While the genial Kerry man not only succeeded in that no 1 object, he built the entire operation up into a thriving business that culminated last year, attracting some 127,000 over the five day festival, with no less than 12 Grade 1 races and prize money in the region of €3.2 million, a meeting of both quantity and quality.
Not alone was everything on track for 2020 but general manager Conor O’Neill was confident all records were in danger of being broken, in just four weeks time.
Then the coronavirus hit and according to Conor, it was at the start of March that he began to get concerned about the changing situation.
“Everything was fine; all positive for one of the biggest festivals of all time but unfortunately we are not going to see that come to fruition now but given the unprecedented events that are facing the world. The priority is bigger than the Punchestown Festival.
“The decision was made to cancel 2020 and I think it was certainly the right and appropriate decision, taking everything into account,” said a clearly disappointed general manager.
“Having said that, obviously there are a lot of consequences. It is not good for Punchestown, it is not good for Kildare and the local economy, and of course, not good for the racing industry as a whole, but the priority is down to the safety of everyone.
“The economy will go through its own crisis over the next couple of months but there are many pieces we are going to have to pick up but the priority is to keep safe and to eventually pick up those pieces when the time is appropriate.”
The annual Punchestown festival is, of course, a year long job in the planning and it is the life blood of the entire business, Conor says.
“It is a precarious business model in a lot of ways” he says, “we make the majority of our income in one week of the year and rely on that to keep us going for the other 51 weeks and we obviously won’t have that now this year. But one thing over the past number of weeks; everything has been put into perspective and we have challenges to fight and we will fight them but our thoughts and best wishes go out to everyone who has been affected, both with the cancellation of the Festival and, in many respects, to all those who have been affected outside of the racing industry. We feel for them all.”
Conor O’Neill also has another role in the racing industry as he is chairman of the Association of Irish Racecourses (AIR) which represents all 26 courses in the country. He, like many others in the racing industry, realises that what lies ahead is going to be extremely tough, on some courses more than others
“The financial pressures across the country are going to be immense, obviously the economy is going to take a massive hit and racecourses will be no different and many will come under severe financial pressure; tough times no doubt for many and from the perspective of the AIR we will be doing everything possible to support them trough difficult times and will look for support from HRI to help us out in this regard.”
Punchestown’s next official meeting is down for June, which is highly unlikely, after that you have the two day meeting in October and that brings plenty of challenges with it.
“But I am very aware of not just the loss of Punchestown but to the local economy; the hotels; the bars, the restaurants who benefit from it as well; the team behind me here won’t need massive motivation and I am confident we will produce a bigger and better Festival come 2021 and that is certainly our aim.”
In the meantime, Conor emphasises that the Punchestown facilities are available to the HSE or any of the government agencies, if required.