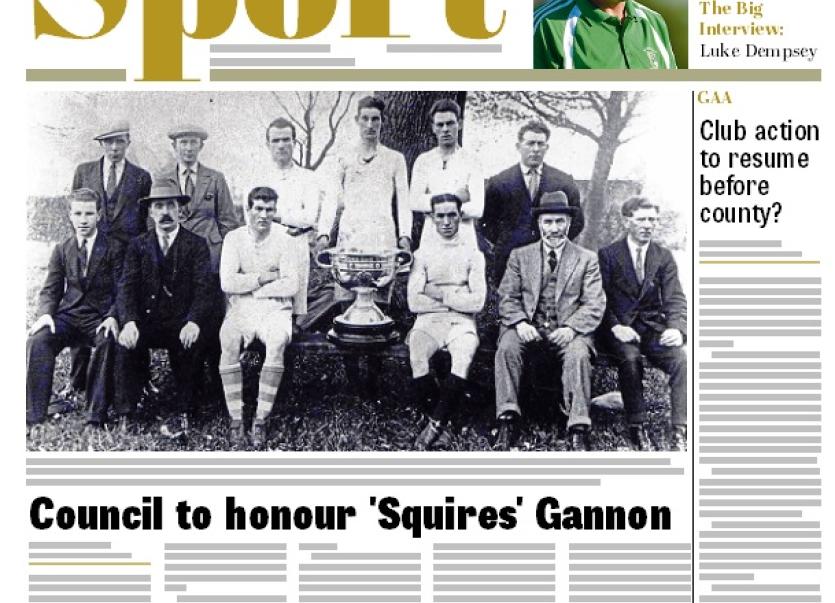 He began his football career winning two SFC titles with his home club Johnstownbridge; moving on he had incredible success capturing minor and U21 success at both provincial and All Ireland level with Westmeath; also managing Carlow and Longford. Now he has taken up the reins back at his native club Johnstownbridge. LUKE DEMPSEY chats with Tommy Callaghan in the Leinster Leader's The Big Interview series.

In another ongoing series, In Search of Same 1998, we move into the Leinster SFC semi final clash Laois with Laois; with Paul O'Meara's report on a great day for Kildare while Tommy Callaghan reports on the dressing room reaction.

Racing: continuing our Questions and Answers series, this week top trainer Gordon Elliott takes centre stage while Ruby Walsh gives us his five most memorable performances he has witnessed in his glittering career.

100 years of history of the Leinster Leader is recalled with some very interesting statistics.