Kildare GAA: an experience with a difference despite winning 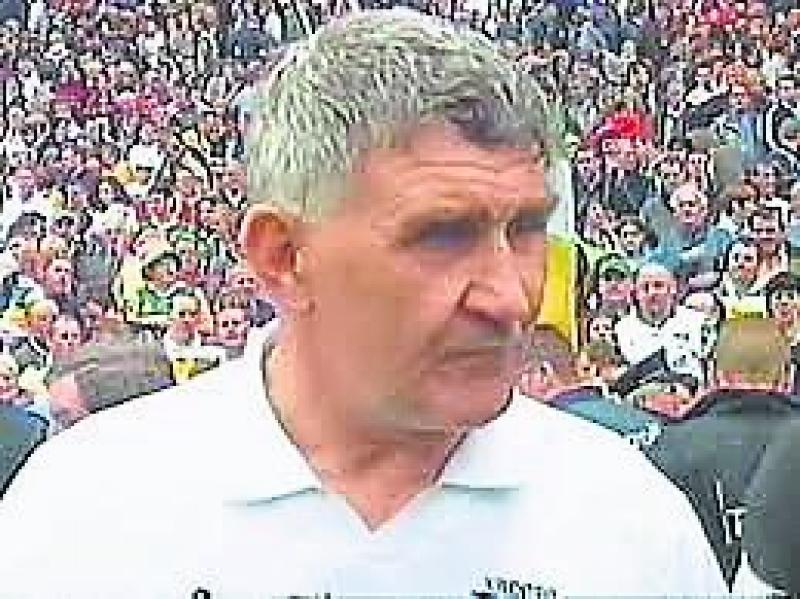 The fans came in their droves.

They occupied every area of Croke Par.
They were not disappointed.
And this was only the Leinster semi final.
But it was the finest display from a Kildare team since Mick O'Dwyer took out Kildare citizenship.
It was confident.
It was mature.
It gladdened the hearts of every Kildare man, woman and child who witnessed their favourites qualify for a tilt at Meath on Sunday week.
Another great epic about to unfold.
The Lilies have nothing to fear, They will go into that game focused and confident in the knowledge that if they play to the peak of their game that long awaited silverware will be heading down the dual-carriageway.
I have visited Kildare dressing rooms in good times and not so good times. I have seen the absolute euphoria following the Dublin defeat a few weeks ago and I have witnessed players unable to talk following huge disappointments over the past number of years.
But soon after five o'clock on Sunday last I witnessed something I have never witnessed before in a Kildare dressing room after victory.
There was no shouting.
No roaring.
No back slapping;
No sense of triumphalism.
But there was an air of confidence.
An air of satisfaction at a job well done.
But most of all there was a sense of maturity.
A sense of belief.
Belief in themselves.
Belief in one another.
Belief that they are about to go into a Leinster final knowing their hearts and souls they are capable of
achieving victory.
Within seconds of
gathering in the dressing room they were taken into an 'inner' room; away from the eyes of the preying press.
They were plotting.
They were planning.
Before they even untied their boots they were already focusing on the Leinster final.
Five minutes later they reappeared.
Amazingly they have become so familiar with this Croke Park dressing room most of the lads seem to tog-off in exactly the same position of the room.
Glenn is facing you as you walk in.
Smile of satisfaction.
Rainbow, nearby, still looking as young as a minor player.
Declan Kerrigan, always willing to help out with a comment, sits alongside.
Mick (O'Dwyer), Pat (McCarthy) and John (Crofton) occupy the left hand corner.
A quick word with Micko and you know that he knows all the work over years just might be on the
verge of bearing some fruit.
Davy Dalton is joking, as usual, in the right hand corner.
Christy Byrne and Karl O'Dwyer in close proximity.
Nuxer sits just inside the door on the right.
Beside him is his club mate Padraig Brennan.
Opposite is Padraig Gravin, keeping close to his captain.
The young man must have nerves of steel as he just smiles and shakes hands.
John Finn and Martin Lynch are top of the left.
Lynchie.
What can you say.
You did not need to be a medical man (or woman) to see his shoulder was in trouble.
Not one to delay reporters, the tall black-haired Clan man, head bowed, is making the effort to dress.
It wasn't easy.
Knowing in your heart and soul you are about to miss a Leinster final through injury.
Months and months of hard work slipping away.
Heartbreak. Absolute heartbreak.
Here's hoping he will be back before the Voyage of '98 ends.
Players like Lynch don't grow on trees.
His strength and talent will be very much missed against Meath.
Pat Dunney occupies the centre ground, along side a smiling Seamus Aldridge who produces a cigar as big as ... any cigar I've ever seen.
Gus Fitzpatrick's 'dry run' heads into August.
That despite getting his fingers 'burned' at Naas Golf Club's captain's prize the previous day.
Charlie McCreevy makes his usual dressing room visit (win or lose).
So all in all a relaxed dressing room.
A different dressing room.
Not something one expected after a great win.
But a dressing room full of confidence.
Full of hope.
And most of all.
Full of maturity.
Well done.
Now let's go on and finish it off!