Punchestown 2020 was a no go, but memories on and off the track ripe as ever 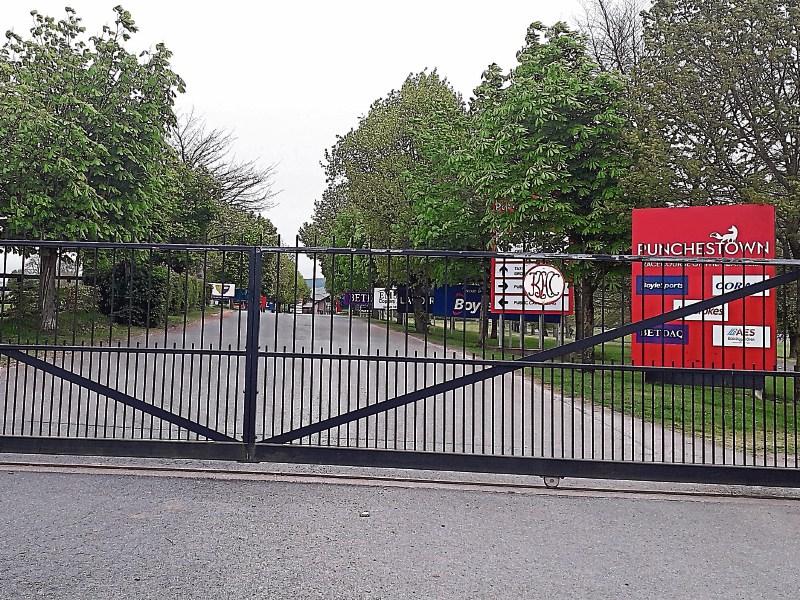 It’s not today or yesterday we headed out from Naas, on shanks mare, to Punchestown; just the two days at that time; hail, rain or snow, it matter little.

With the sambos wrapped up in brown paper and tied with a bit of string, first stop was always the hurdy gurdies, the roulette, the swinging boats and so on.

Slowly we graduated to the two-wheeler bike mode of transport. Our ‘vehicles’ were minded by the one and only Jack Fennessy while Mrs Fennessy (if the sun was shining) would mind the coats as she flogged off her apples, oranges, pears, bananas and chocolate (always looking after the locals).

As the years went on so did we, advancing to travelling by bus from Market Square in the county town, the trick here was to get on without being spotted, which meant you got off without, shall we say, being any lighter, if you get me drift.

As time progressed we advanced another step, maybe advanced is the wrong word but another first, a bottle of stout in McTiernan’s marquee, situated in what was then knows as ‘the outside’ area.

As the afternoon got busier and busier it was not unusual to stray around the back and after accidentally lifting one of the flaps of ‘the tent’ lo and behold what was there but a full crate!

Next move was to head to what was known as ‘the inside’ area.

We were getting posh at this stage, mixing with the suits and ladies dressed to the nines, fancy hats and all, some wrapped with fur around their necks, if you don’t mind.

Then there was The Long Bar. How could you forget it?

When a door at one end was left open, every hat between that and the far end went flying.

Needless to say there was no ‘name’ on storms or strong winds those times but having said that I can remember ‘Nuts’ Higgins calling it something, and I can tell you I don’t think any of the weather ladies on RTÉ would repeat it these days.

But we survived, with the help of a bottle or two and a ham sambo, graced generously with a scutter of mustard, ensuring that if the ham was a bit dodgy the mustard would kill it off.

Gradually things improved, the racing was looked upon as being second to none; the facilities were on the way up; the commercial sides of things were growing and growing.

The Military Bar remained the only place you could get a pint (yes, gone on to the pints at this stage) in a glass container; everywhere else (bar the owners and trainers) and it was the wiggly-wobbly plastic jobbie.

The Naas Traders was a spot where old acquaintances would meet; even if there always seemed to be more from Kilcullen in there than from Naas.

The Cronins, the Dowlings, the McCormacks, the Sheridans, the Teahans, the Walshes, not forgetting the Conways, or the Callaghans for that matter. The Schwers, the Collins and the Peacocks, and, of course, The Judge himself. They were there from everywhere, lads home from across the pond and further afield.

But as time went by, something, somewhere went askew. Talk was Punchestown was in a bit of bother; at one stage possibly, probably, maybe, could be ... just a few hours from turning the key and walking away.

A certain bloke from Kerry arrived, we were told on a six month, three-day-a-week contract to ‘save’ the entire business.

And save it he did.

Stand up Dick O’Sullivan. He turned it around as his initial six months s ran into a year, two, three ... and incredibly 15 years before finally stepping aside, not away mind you, but aside, that only 12 months ago.

And remember at that stage the Punchestown Festival had grown into a five day affair, the Saturday at the start just an add-on but over the past few years, it got the biggest attendances of the entire week.

Last year, the bauld Dick kept a watching brief ensuring his ‘baby’ was being well looked after by a young buck who had taken his place.

Conor O’Neill, a lad from up the road in Ballyknockan in Wicklow, a mere half an hour away, but Dick need have had no worries.

Conor knows his stuff and anyway with Hilary, Shona, Janet, not forgetting Snowball (or Snowy as the girls like to call him) along with all the rest of the regulars in situ, so what could go wrong?

2019 was yet another bumper success.

Fabulous crowds; brilliant racing; weather as good as you can hope for at Punchestown; and Willie Mullins and Gordon Elliott keeping the trainer’s title going right down to the wire.

Once again it was Willie who lifted the title, for the 13th time; while Paul Townend took the top jock award.

The biggest shock of the week arrived though when Ruby Walsh, after winning the Gold Cup on Kemboy, dismounted and said that’s it, I’m out of here, that was my last ride. End of an era.

But as usual life goes on and we all looked forward to 2020.

But not even Dick O’Sullivan could have predicted the coronavirus.

Punchestown 2020 was due to commence today (Tuesday April 28); alas, like so much else at the moment, it is a no no.

But we will come through.

The country will be back.

Punchestown will be back.

In the meantime, we have the memories.

Memories that stretch back a long way at this stage.

The outside, The Inside. The Long bar; The Naas Traders. The style. The craic.

Oh ye, and the races.