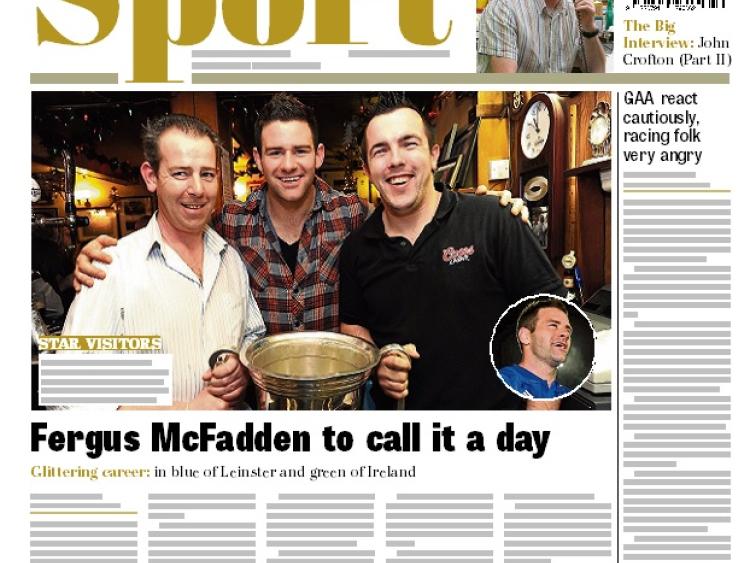 Cill Dara RFC President, Conor Byrne,  pays tribute to retiring ruby star, Fergus McFadden, who began his career with the Kildare Club and announced he was stepping away from the game at the end of this season.

GAA react cautiously to Taoiseach suggestions but the Racing folk far from happy.

So passionate, so partisan, so parochial; Not the All Ireland hoped for, but one nevertheless; still lamenting the finals that got away; and a meeting with Micko in the heart of The Kingdom: Part 2 of The Big Interview with John Crofton.

The Search for Sam 1998: Kildare have no answer as Galway pull clear in a dominant second half display (Paul O'Meara reports);

Plus: So now 'hype' has taken the place of 'bottle' (Tommy Callaghan on the '98 final).

Golf: Lauren Walsh reflects on her US golf year.