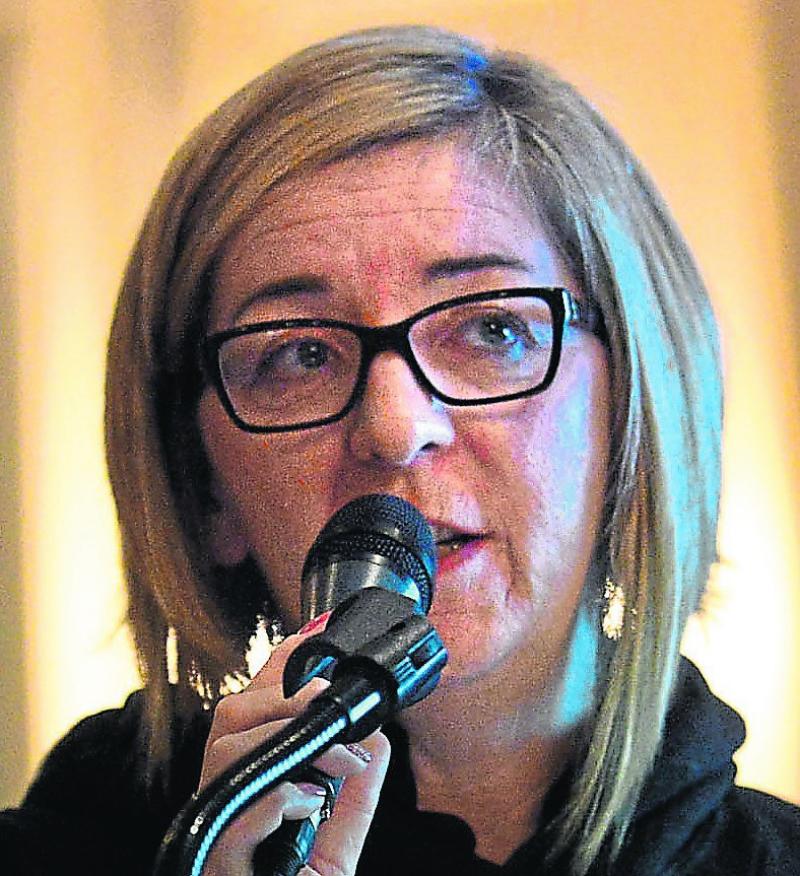 At one time the KDFL were operating no less than nine divisions and that was pre the ever popular O35 Leagues and the Women's league.
But that was that was that was then, this is now and as Regina Casey explains a lot has changed in relatively recent times.
“It is sad to see the way the game has gone in some ways, and while our numbers have remained very healthy, I think socially it is different now; kids are not playing as much; people's time is much more precious now; work is busier; there is a fall-off in the game generally but I think there is a fall off generally, in all team sports.”

MAJOR CHANGES
It was back in 2008 when the KDFL really made a far reaching decision to move to a calendar year season, primarily down to the bad weather.
“We were kicking off in August, stop in November and you might not play for 8 or 10 weeks so we put it to the clubs; EGM went to a vote; in the initial stages it just about got through as it required a two-thirds majority; we decided to play a transition season to get us into the one calendar year format; followed by one full one calendar format; and after that we would then took another look at it and it was decided unanimously to go with the one calendar year.”
That was a big move and a major decision?
“We did lose some clubs and some teams but did not have a major impact on our leagues; but ironically from that developed the O35s football, two divisions from Day 1 such was the interest; and then the Women's League came into being, so not only did we change to summer soccer but we also got the benefit of the O35s and the Women's League as well.”
There have only been two one-calendar year leagues, Kildare and Mayo but recently the Meath and District League went one calendar.
At that time GAA in Kildare was really hitting the headlines so it was a very big decision to take at that time and a lot of lads played both soccer and GAA?
“Yes but in many respects going on one calendar sorted out a lot of that as players had to decided which one they wanted to play, but we (KDFL) always accommodat-
ed the GAA when they had big games, we postpone fixtures, and are glad to do so, and the pressure did not necessarily come from the clubs, more out of respect for another association; Gaelic football plays such a huge part of life in Kildare; and it is (postponing fixtures) some-
thing we would still do it to this day.

The O35s Leagues have proved amazingly successful, extremely competitive, they are played on Saturdays; the Junior football on Sunday; so no issue with pitches.
As Regina explains “the O35s are different, very different; lads who played all the way up; lads are dying to be 35 to get involved. I often get enquiries from players wondering is it possible that two lads U35 could play in the O35 league, but I quickly remind them this is not schoolboys football.
“As I say, hugely competitive; a lot of scores to be settled. Lads are getting slower but they think they can still do what they did maybe 10 years ago but it is extremely popular. There are two divisions and it is growing; some clubs now have two teams” Regina adding “some say we should go to O45 as many of the O35s are more than capable of playing at senior level, but that's for another day I suppose.”

WOMEN'S LEAGUE
While the Women's League is very strong since its inception, Regina, acknowledges that it is very different to the men.
Women mostly don't have the same time men do and where we would like to see it happening is from a very early age.
“We offer the women everything we offer the men; we have a women's representative football, our team are holders of the FAI Cup, the first time ever; very proud of that; we offer representative football to represent the league they play in as we do with the men in the Oscar Traynor; we have a pre-season footsal tournament very popular; their league games are played play on Monday nights which seems to suit” adds Regina.
“A lot of women are married, maybe at home, who want a social outing and slowly and surely the KDUL are making huge progress and we are beginning to see that come through into our league with young female players coming through.
“There is a huge fall-off in girls sport, even more so than boys, but mostly girls are either into football or are not; they either eat, sleep and drink the game or are not into it at all.

So like all other sports the coronavirus has no doubt hit your plans, your fixtures as it would be around now that the season would be starting up; how do you see the next few weeks and months panning out up to the end of the season?
Well we were fortunate we held our annual general meeting just before the lockdown came, so we got that done and dusted said Regina, adding “but in many ways we were somewhat fortunate in the fact that our leagues had not started so that leaves us we options that whatever we decided it will be a start, a new start.
“We, of course, will be guided by the HRI and the government directives but once we are given the go ahead, whenever that comes, we will then decide exactly how and what we will run for the 2020 season.
“We could possibly run a transition season; basically half a league, play one another just the once, instead of twice; probably, and hopefully, all the Cup competitions but more than likely no Lumsden Cup ad we will see how things unfold over the coming weeks and months.
“Running a winter league is not an option as we don't want to impinge on the 2021 season but we'll see.”

FAI FALL-OUT
Has there been any fall-out from the goings-on at the FAI over the past few months?
“Yes, it has had a hugely negative aspect on the game; it was very disappointing the way that it has all panned out but it had a zero impact on us.
“We in the KDFL are totally self-sufficient; we are funded from registrations so thankfully no impact; probably some impact at underage level of the game because of Development Officers and funding in that regard but not on the adult game.”