Seamus Aldridge on that Sheehy goal, the bullet in the post, and much more 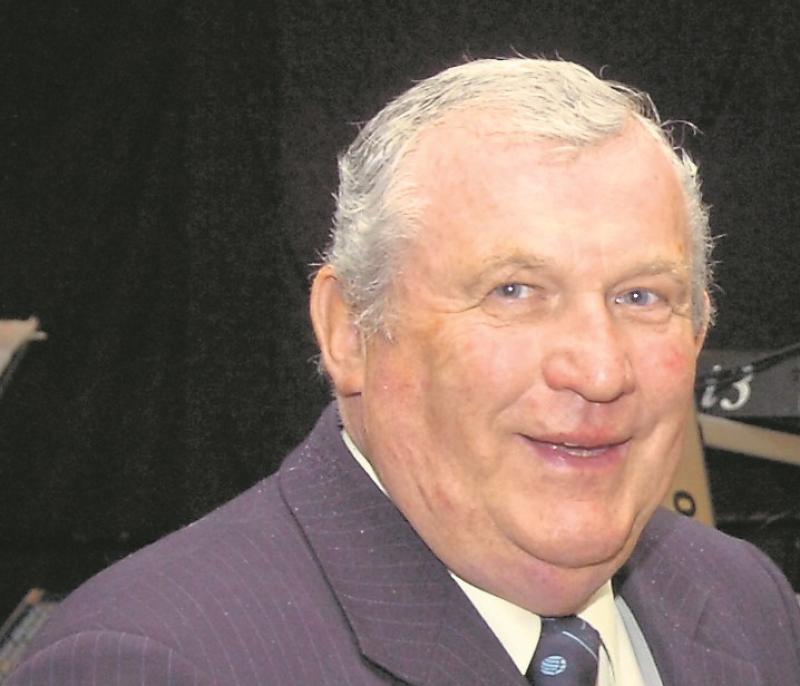 MICKO
In the summer of 1990 Kildare had slumped to a new low and it was decided that something needed to be done to revive their fortunes.
Chairman Jack Wall and Seamus Aldridge, along with the late Michael Osborne convened a meeting in Kildangan Stud with this in mind and invited people they knew were not just staunch Kildare GAA people but people of substance shall we say.
“So, with the blessing of Wall and Aldridge, a group was formed, later (mostly) to become Kildare GAA Supporters Club, with a view to bringing a ‘name’ to the board.
It is ironic that most are of the belief that Micko was top of the list but that was certainly far from the case.
In fact a fellow Kerry man, Pat Spillane, still playing for Kerry at the time, was one of the first that was approached to ‘test the water’ and see if he was available.
Spillane intimated he had given Kerry manager at the time, Mikey Ned O'Sullivan, a commitment to play one final year for Kerry so that was that.
But even before Micko was approached others, including Brian Mullins, Mickey Whelan, Mick Carolan and a youthful Brendan Hackett, not alone had been approached, but most had in fact been interviewed, all that before Micko's name surfaced.
Between hopping and trotting Mick O'Dwyer was eventually approached, and to the surprise of many, agreed to take the job.
He duly arrived and while “we enjoyed some great days we still missed out landing a big trophy” and he departed to be replaced by the late Dermot Earley, who stayed for two years, again with little luck, before Micko returned for a couple of glorious years culminating in winning two Leinster finals and of course making it to the ’98 All-Ireland final, great days and great times.”

Seamus reminds us that during 25 year tenure in Kildare there were a lot of things done for a lot of players; things that would not be generally known, private things, things that will stay that private, “that, he adds “ is what annoys me about the Larry Tompkins affair.”
While not willing to go into the ins and out of that whole episode Aldridge did say that at the end of the day Larry Tompkins got what Larry Tompkins looked for as regards his costs from America.
“Larry looked for x number of pounds and Larry got a cheque for that x number of pounds” adding “and you can quote me on that.”
As for the Shea Fahey move from Kildare to Cork, the former county secretary said “that was a completely different thing, Shea was promoted in the army and stationed to Cork; I informed the Co. Board of the circumstances at the time.”
You have to try and treat everyone the same; you can't do one thing for one player and something different for another, said Aldridge.
An avid (marathon) runner in his time, Seamus, now in his 85th year, remains as sharp and alert as he was when first elected Secretary of Kildare GAA back in 1975.
Never short of a word, I can recall one day he was walking out of Newbridge meeting a Kildare supporter who thanked him for “the ticket you got me for the game in Croker last Sunday, but to be honest” the supporter added “the seat was so bad I may as well have been at home looking at the game on the telly.”
Without breaking stride Aldridge instantly replied “and that's where you'll be watching the next one from.”
Love him or loathe him, you could certainly not ignore Seamus Aldridge.
An avid GAA man, a knowledgeable GAA man, a committed GAA man, who gave generously of his time so much so that on one occasion missed the confirmation of one of his daughters, as he had a county board meeting.
As to where we are today, the coronavirus at all that, he says it is difficult to see games being played this year but quickly adds “things change from week to week so you never know” but admits he can't see any development at St Conleth's Park taking place, for two years at least.
“Money is going to be very tight” adding in typical Seamus Aldridge style “they (Croke Park) have so many people working up there now they don't know how many they have; they have lads opening doors and lads closing doors ...”
It just shows you though “it is so important for the GAA to retain the amateur status; rugby is going to be the hardest hit sport of all, they won't have the money to pay the Johnny Sextons of this world” adds Mr Aldridge, who was once suspended from the GAA for playing rugby for Athy RFC long before his fellow presidential candidate, Sean Kelly, spear-
headed the removal of the ban on ‘foreign’ games.
Even then, back in the early ’60s Seamus Aldridge could not avoid a bit of controversy.
Little changed throughout an absorbing, controversial but very successful career.
Both on and off the field of play!