From St Michael's Athy, to President of the IABA 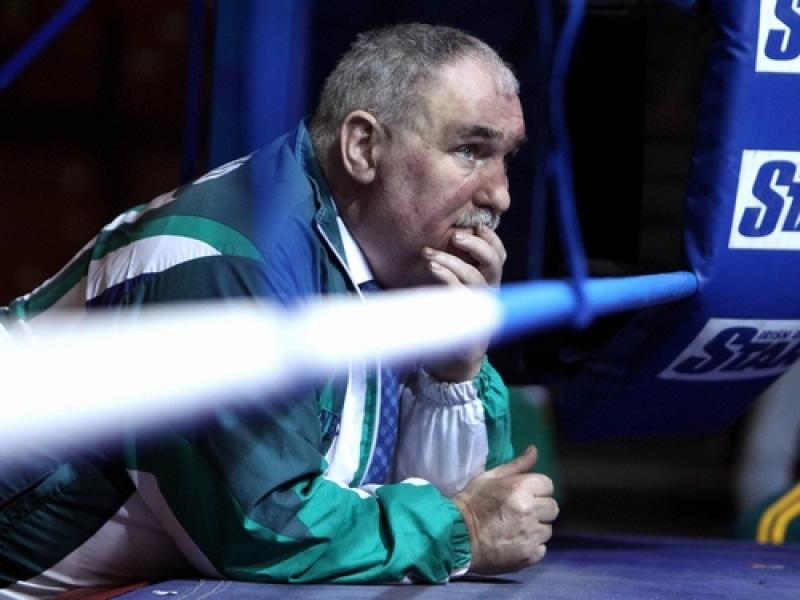 NATIONAL SCENE
So how did Dominic O'Rourke move on to the national stage?
“I became President of the Kildare Co Board and there with some very experienced men; Jim Birr from Grangecon, he was Vice-President and I went in as President so we developed the Kildare Co. Board and I went from there to Leinster; became a member of the Leinster Council and then progressed to Leinster Council President; there for a couple of years and than became National President in 2000 and was there for ten years; out of that for four years and then went back in again as National President in 2016.”
So it has been a very and eventful number of years all the way back to 2000?
“It's after been very eventful but we have developed national boxing; we brought it on big time; we won gold medals at Olympic Games.
“Katie Taylor won five consecutive gold medals at the Women's World Championships, gold six times at the European Championships, and gold five times at the European Union Championships, so it's been a very fruitful years; good years for boxing and very good for me personally to be involved at that level.
From 2000 to 2010, a hectic time.
Absolutely it was because we had been developing a High Performance Unit that had not been in boxing in Ireland and that was a hard sell to get through to clubs that boxers needed such a thing, commitment to a five day a week training regime but Gary Keegan, Billy Walsh and Zaur Antia, a very technical coach, and eventually the boys bought into it, that all progressed and eventually produced the major medals in the Europeans, the Worlds etc.”
So no doubt a lot of money has been pumped into boxing and it has certainly paid rich dividends?
“That aspect of the boxing would have been funded from the Sports Council which was a big commitment but all boxing nations had developed high performance units and we were really just catching up on other countries; but that's the way all the major sports have gone at this stage; swimming, athletics, all high perfor-
mance, really semi-professional that it what it is.
“These lads then give a full commitment to the game, five days a week, training twice a day, getting looked after very well but it is still a big commitment but the boxers who have come through had a lot of success but even now we have a lot of good young boxers coming through so really the future looks good and very promising.”
When Dom stepped down from IABA President in 2010 he took on the role of Technical Director and he explains what that entailed at the time.
“I was really looking after the various teams, developing boxing; looking for grants for clubs within Ireland; there is a grant scheme there and I was ensuring that all club were fully aware and were availing of what was there for them, but we were especially developing young boxers at 11, 12 and so on.
“We introduced schoolboys boxing at European level; I started the Round Robin which was the Four Nations, Ireland, England, Scotland and Wales, we had that down at Youth and Schoolboys level and that was a tremendous success because all the lads such as Eric (Donovan), Kenneth (Egan) and the rest, they all boxed in those championships and that then was the stepping stone to the High Performance Unit as we had developed the Four Nations, so we had it at schoolboy, youth and senior level and we rotate between the countries and it developed the Four Nations into a tremendous tournament; televised on BBC a few times, it was a tremendous achievement to have that going, really young boxers developing true international competition like that.”

RIO OLYMPICS
The Rio Olympics came along and, unfortunately, will be remembered, from an Ireland point of view at least, for all the wrong reasons.
Going into those Games back in2016, Ireland would have been expecting, and rightly so, expecting to take home a number of medals but alas came home empty handed and them to make matters worse were embroiled in a drug violation scandal that, naturally, that hit the headlines world wide.
“That drugs scandal certainly did not do us any good, that was very unfortunate thing and very disappointing from a boxer that was expected to bring home a medal, it certainly put a damper on boxing as such and especially at the Olympics Games with the eyes of the world on it. It was hard at the time; very hard indeed.”
While admitting that it was, personally, a very disappointment thing to happen Dom emphasises that “we (the boxing fraternity) have rebounded from it; we have put more precautions in place; we explain a lot more to our boxers now but it was unfortunate that it happened, very unfortunate but really it destroyed, from a boxing point of view, the Rio Games, we would have been favourites for the medals with the likes of Katie Taylor, Joe Ward, and many others, people like that all expected to win medals but then we were just gone out of the tournament very quickly.”
Was that due to the drug scandal?
People will say we got bad decisions, which we did, Michael Conlon got a bad decision but you really have to look at the context, one of your boxers tests positive at one of the major Games, did it affect some of the other boxers in the team, it had to have some impact and while you can't say openly it did, it certainly did not help us anyway.”
Amid much internal turmoil in the IABA, Dom O'Rourke reminds us that boxing is run by voluntary people, you are always going to have that hot point at some stage, people disagree and all that but at the end of the day we are only in it for the kids as such, that's what we keep saying to them, we are developing kids, keeping them off the streets and hoping it will develop into a career for them and go on and have a good life.
“You see Eric Donovan now, he has done brilliantly; you have Kenneth Egan doing brilliantly, you can see the success stories that came out of that Hugh Performance Unit as such, all these lads will put it down to the discipline that had and stuff like that but you are always going to have heated moments, conflict at times that does not do any harm as such, clears the air.”
One of the all time favourites in modern time boxing in Ireland is of course Eric Donovan and Dom O'Rourke has nothing but the height praise for the St Michael's man.
“Eric (Donovan) is some man, he has turned his life around, completely turned his life around; he is doing a tremendous amount of work, he is very popular, he tells it as it is; the good times and the bad times, he wears his heart on his sleeve and that sort of thing.”
Dom has picked up many awards in his time in the game but one in particular that sticks out is one made to him by Athy Council.
That was a very proud moment for me personally I have to say; to be recognised by Athy Council and receive a presentation from Mark Wall.
But as usual Dom reminds us of the people in the back ground. “Only for the Club I would not have got it and the people in the club, so I really accepted that award on behalf of the club, I was the person in the club but there were others who deserved the recognition for the amount of work they put into it; but it was an honour to be recognised, a great occasion.”
Away from the boxing scene Dom keeps tabs on the GAA scene and in particular the local clubs around the Athy area but as he says himself boxing takes up a hell of a lot of time but he still manages to take in a bit of fishing and shooting.
And a few names for the future we should keep an eye on?
“The Donoghue's, Doyle, Hyde, McCartney; loads of talent and there are a few brilliant girls also, talented and skillful boxers such as Esther Lambe and Niamh Earley, these are tremendously talented boxers.
And the future?
“We need to train coaches regarding health and safety, hygiene and all that; a big undertaking but we will get there, we are a fighting nation but with the help of the government the HSE we will get the right procedures in place and we'll roll on.
That's the plan!