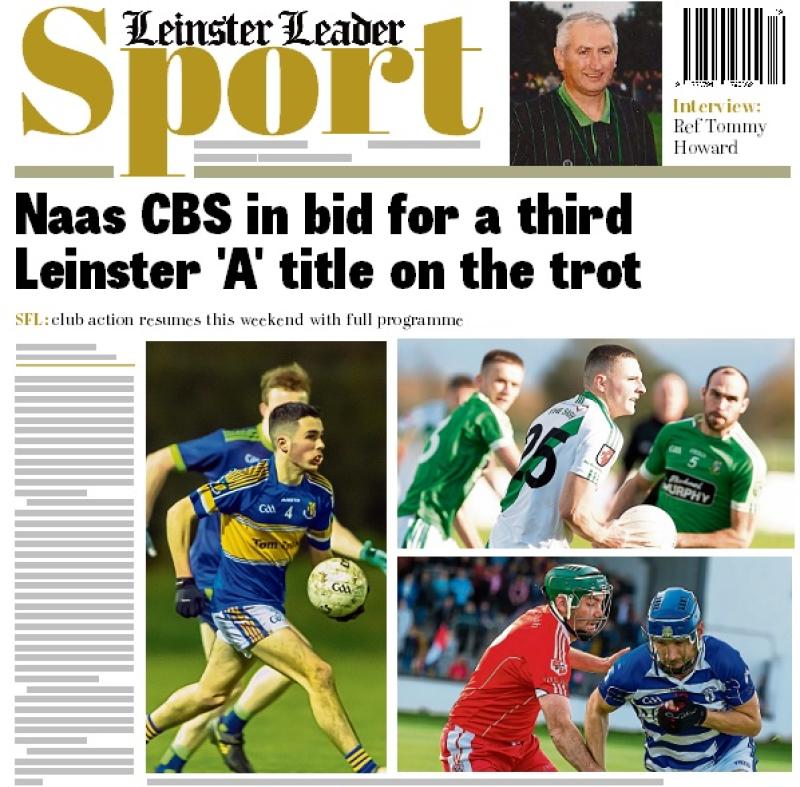 As the GAA plans to open up this weekend, we review this Saturday's opening round of the EMS Senior Football League, four divisions, along with the upcoming senior hurling league on Tuesday.

Naas CBS are on the brink of a major achievement as they take on St Joseph's of Rochfordbridge in the Leinster Schools Senior 'A' football final for the Bro Bosco Cup. Naas are chasing an incredible three titles in a row; we look ahead to Friday's big game which takes place at O'Connor Park, Tullamore.

This week's Big Interview sees Tommy Callaghan chat with Kilcullen's Tommy Howard. A man who made national headlines back in 1991 when he officiated at the four match sage between Meath and Dublin. Tommy was also the man in the middle in the 1993 All-Ireland final between Derry and Cork. The popular official talks about his young days playing football, how he got involved in refereeing and all that entailed.

Archives: we look back to the 2006 SFC when Moorefield defeated Allenwood by a point.

2006 was also the year Glenn Ryan hung up his Kildare boots. Tommy Callaghan looks back a this final game.

Round-up of all the golf results, plus our Sports Notes is back up and running, while in equestrian, a report on the Underwriting exchange Grand Prix last Sunday.

Racing: Jessica Harrington and Shane Foley continue on their winning ways; Barry Geraghty hangs up his riding boots while Jim Dreaper is the man in the hot seat in this week's Questions and Answers series.

All that and much more in this week's Leinster Leader Sport ... in your shops now.