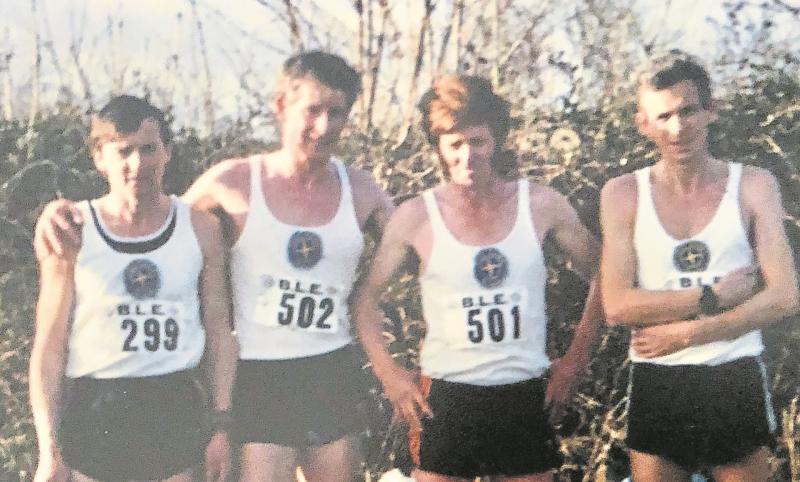 A well-known former Newbridge cross country runner who always ran in his bare feet has been recalling his career.
Jimmy Cardiff, who began his career nearly 60 years ago, has continued his involvement in the sport and is currently chairman of Newbridge AC.
Jimmy competed in his first race in the Co Novice Cross Country Championship in Eadestown in 1963 when he finished fifth.
A few years later in 1967 he was already well into his stride and competing outside his home county - he came fourth in the Leinster Juniors and sixth in the Leinster Novice competitions.
He also came third in the Co Senior Cross Senior Championships when Newbridge AC also won the team event.
A year later in 1968, he came second in the County and Newbridge again won the team event.
As his career began to peak, Jimmy won the Leinster Novice Cross Country Championships in Tullamore in in 1969.
He also came second in the Leinster Juniors held in Dunboyne.
An injury in the form of a broken foot put him on the sidelines for several months as he always ran barefoot.
The injury was initially so bad that he couldn't walk for three weeks.
Jimmy explained: “I was competing on a course and it milled rain the night before and you couldn't see where you were stepping the next day and I picked up the nasty injury.
“It took a long time to get back after that!”
But he bounced back and won the Co Senior Cross Country Championships in his hometown in 1971.
The course at the time off the Athgarvan Road is now filled with houses.The same year he won the All Ireland Intermediate  Championships at Fairyhouse.
Jimmy's training involved running up to 70 miles a week often up and down hills across the Curragh.
He added: “Sunday was an easy day - we only covered six or seven miles.”
In terms of diet, Jimmy said the only rule was to ‘eat as much as you could!’
Jimmy also competed in marathons and came a very respectful ninth in his very first Dublin Marathon in 1980 when it was won by Dick Hooper.
Jimmy continued running until he was around 50 years old.
For most of his life, he has been employed at the Old Connell Stud outside Newbridge where with wife Mary he raised four children.
The extended family has extended with nine grandchildren.
According to the record books, Jimmy believes organised athletics in Kildare baegan in the 1920s when the National Association of Cycling and Athletics was held in June 1926 by Curragh AC, Naas AC and Kilkea AC.
And athletics and cross crountry running is still as strong as ever across Co Kildare!