Newbridge: Stepping up in trip no problem for Blue Devon

Two wins on the bounce for Carbury dog 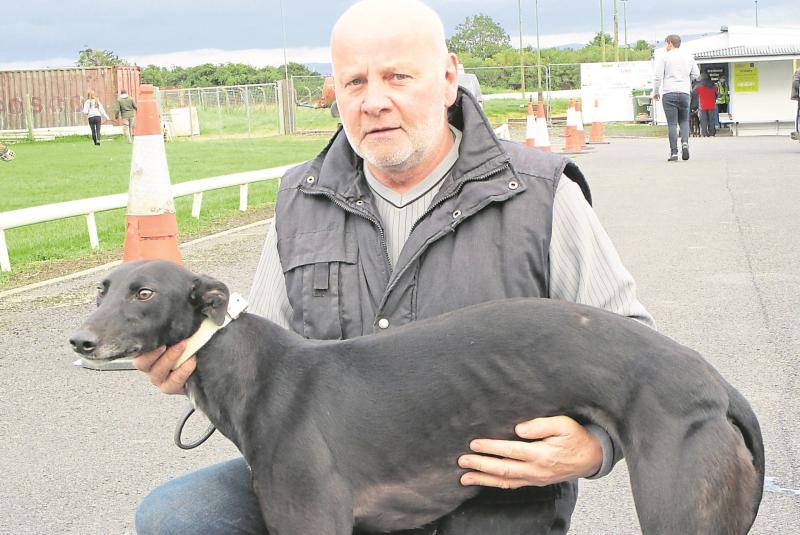 Declan Kelly, Carbury, with Blue Devon who won in Newbridge for the second weekend in a row

Bitch of the Week goes to the Declan Kelly owned Blue Devon who truly loved the extra yardage over the Derby distance.

One to watch from this week is Fearmore Aidan who tonight did not have the clearest of runs in an A6 contest. Now up in grade to A4 he appears as if he can rise in the grades quickly.

Bitch of the Week (2) this week is Mrs Leonie Crampton’s Windseye Lucy. Showing great determination she brought her winning tally to the three mark.