Kildare Sport: Out of lockdown but still locked out

GAA and soccer resume activity but not for the fans 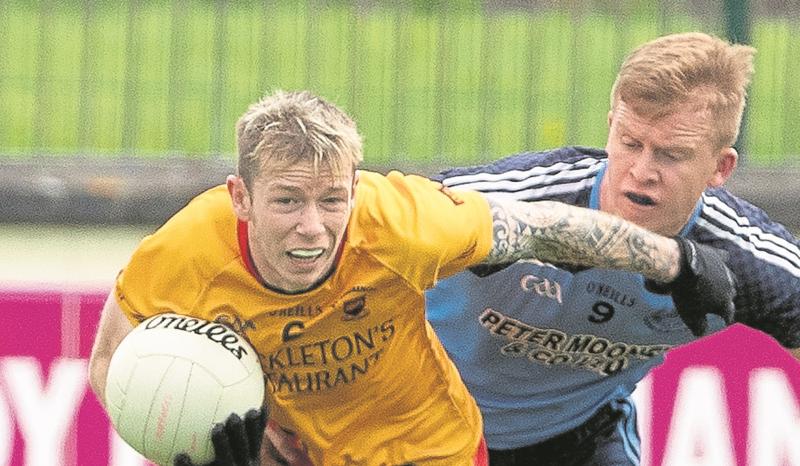 Who would have believed it, here we are into the first week of September, a few rounds of league in both football and hurling and just one round of the senior football championship; no senior hurling championship action, while the soccer folk have also been decimated from a playing point of view.
Crazy or what.
Finally we are out of our enforced lockdown, a lockdown that has done a lot more damage to businesses that it has to sport but nevertheless sport has been hugely missed by one and all but it is certainly a huge boost to get the green light nevertheless.
Having said that it should not be forgotten that all the football, hurling and soccer, will remain behind closed doors, for now.
Initially 200 were allowed into the various grounds but of course that included teams and their officials; match officials and stewards, which left a mere 100, or 50 from each club, allowed to attend GAA games.
Needless to say that caused a lot of problems for individual clubs, especially the bigger clubs but then when even that allowance was withdrawn it certainly makes for unreal games.

But now small and all as those numbers were, that has now gone to zero.
One has to wonder how venues such as St Conleth's Park, Hawkfield COE or indeed any of the bigger grounds could not cater for fans safely but for those in authority to suggest some weeks ago that it is not necessarily those in attendance that cause a problem but people travelling together, congregate before, during and after games are what they are worried about.
Having been at a fair few of those games that did take place I have to say it is hard to agree with the assessment of the experts on this one.
With only fifty allowed from each club are they suggesting that the fifty travel in say, ten cars to games; stand around for half an hour prior to throw-in and do the same after games, to be honest it is nonsense.
A few weeks ago the GAA authorities took exception to the views expressed by members of Nphet and in the process got a lot of bad press, which in this writer's opinion was totally unwarranted and more to do with anti-GAA sentiment than anything else.
There is a certain body of opinion out there that seems to believe that regardless of what Nphet suggest the general public and sporting bodies in particular, should take as gospel; not question; just toe the line.

One could argue something similar for wet pubs, and if they remain closed for another few weeks, one gets the sense that there will be an awful lot of angry people out there.
Never anything wrong with questioning and querying, it should certainly not be taken as being opposed to what is being suggested, seeking explanations is a healthy thing.

Up north 400 fans are allowed to attend outdoor games; one can argue and argue forcibly why if it is safe for 400 to attend a game in Newry for example, but a few miles down the road in Dundalk no fans at all are allowed
With action now scheduled, in fact MFC games in Kildare have already taken place, this weekend sees the senior boys return and with it a bit of a worry as regards to match fitness, especially for championship fare.
Remember while training has been allowed up to now, it is no-contact training, and then at a drop of a hat players are asked to go immediately from that into full contact championship action.
A big ask and in fairness a little unfair.
It is difficult to argue as those in authority are doing everything possible to get the action up and running but just like querying the Nphet advice, asking is it fair to throw players directly and immediately into championship action looks to be more than reasonable.
On the other side, no doubt players will be jumping out of their skins to get back to playing hurling, football and soccer, all are primed to go so let's just hope that all goes well, no major problems and players still injury-free and safe.