Packed agenda gets under way this evening 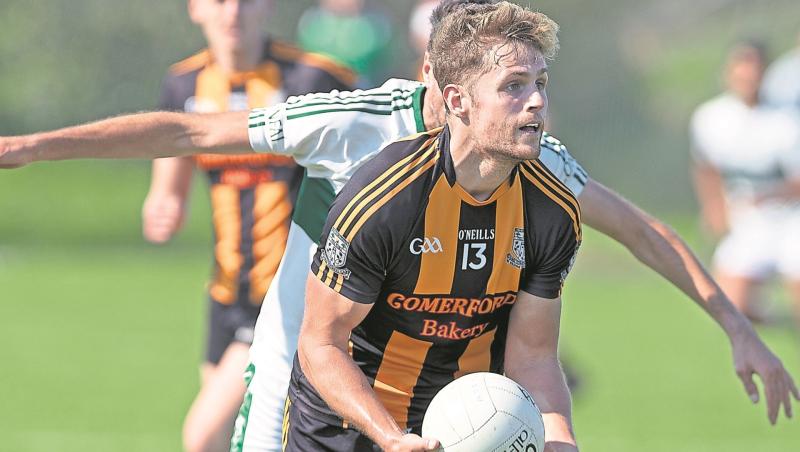 Another busy championship weekend in Kildare gets under way this evening, Friday September 18, with just one game (JFC) down for decision in Manguard Plus COE.

Saturday and Sunday will see the four SFC and four IFC all down for decision, along with some JFC games.

An intriguing game gets the quarters under way with last season's defeated finalists, Moorefield, taking on Johnstownbridge.

These sides have met in recent times with the Newbridge boys holding sway. However following their defeat at the hands of Raheens in their last outing, The Bridge will travel with no shortage of confidence.

Moorefield have not been firing on all cylinders with a few experienced players missing this time around, but having said that there are major concerns on the fitness of JTB's Daniel Flynn (hamstring) and Sean Hurley, and if either, or both miss out, it would certainly be a huge blow for former Moorefield boss, now The Bridge boss, Luke Dempsey's side.

Champions Sarsfields have ticked all the boxes this season and look to be in a very good place at the minute. They had the opportunity to give a few players extra game time last time out but still had enough in the locker.

Raheens, caused a major upset defeating Moorefield in a game when they showed all that is good about the Caragh boys, belief, work rate and an ability to get scores at vital times. Players such as Graham Waters, Liam Power, Mikey McGovern and Colin Ryan are all quality footballers but having said that it is difficult to see Sarsfields slipping up.

The champions are a quality side, well managed and a lot of players capable of making big impressions. Raheens will give it their all but Sarsfields to advance.

A lot of folk are looking to Celbridge to make a big impression this season and I have to say I agree. A big, strong, well managed side with quality players throughout, players  such as Shane McNamara in goals, Kevin Flynn at 6; Mick O'Grady and Hugh McGrillen, add in Fergal Conway, DavidHughes and Paddy Brophy and it is easy to see why they are in with a real chance.

Clane, on the other hand, are a young talented side, they were fancied to make it to the last eight and no big pressure on them now. Played some great football going under to Athy very late on and while they struggled to get over Castledermot, nevertheless that game might have come a bit quick.

Cian O'Donoghue, Robbie Philips, Shane O'Sullivan, Brian McLoughlin, Sam McCormack and Ethan O'Donoghue are all up and coming players; no doubt they are one of the teams for the future, but for Sunday hard to see Celbridge beaten.

Another game that has the potential of proviidng some top class football.

Athy were always fancied to make it this far while Towers would have been hoping to make it thus far, and that in many respects sums up both.

Towers caused a bit of an upset defeating Naas in the opening game, lost to Celbridge but got their expected win over Confey and are in the last eight on merit.

James Robinson is a fine keeper, Michael Kelly and Stephen Comerford are top class defenders; midfield is strong with Mark Waters and Jamie Flynn, the latter can fire over some long distance scores. Up front Jason O'Brien, Stuart Murphy and Matthew Kelly are all capable of causing problems.

Athy, though look stronger, more experienced with an array of county men. The Hyland's, Kevin Feely, Niall Kelly, Liam McGovern, Paschal Connell have seen a fair bit of football at this level. Athy to advance after a close and physical encounter.

Three semi finals down for Saturday, all in Hawkfield beginning at 3 with Ballyteague v Ballymore Eustace.

The Larks should advance here against a Ballymore Eustace side that took a bit of a battering late week against Kilcock and with Jimmy Hyland flying, he just could be the difference.

Kilcock take on Suncroft in what could be a real ding-dong battle and could go right down to the wire, both performed well last week with possibly Kilcock the most impressive and they get the nod, but only just.

Allenwood and Leixlip is the third game in Hawkfield on Saturday and could be the best game of the three. The Blues have been going well and with Johnny Doyle still giving it his all, Daragh Malone playing well and Darren Judge and Johnny Byrne among their ranks, they will be confident of defeating last season's beaten finalists.

Leixlip made it through by a single point on scoring averages and needed a late, late goal on top of that last week. No doubt Tommy Moolick, Neil Jordan, Niall White and Ryan Doyle will do everything possible to make it back-to-back finals but the vote goes to Allenwood to march on.

The final quarter final of the IFC takes place on Sunday in Hawkfield Clogherinkoe take on Two Mile House, two teams that would have definite championship claims and that's for sure.

The House were favourites at the very start, stuttered a bit along the way but have made it through. They are scoring well but are also conceding, while Clogherinkoe are a strong, never-lie-down side that always give it their all. Jack Robinson did not line out last weekend but if he returns then that could be the difference between the sides.

In the Relegation SFC semi final Maynooth play Eadestown, tight game, again it could depend on who is available, Neil Flynn starts Maynooth get the nod, if not Eadestown will be in with a great chance. Confey take on Monasterevan in the other relegation semi final, not fixed for this weekend.

There are also four Tom Cross JFC games down for decision with wins expected for Rheban, Robertstown, Rathcoffey, Kill, Caragh.