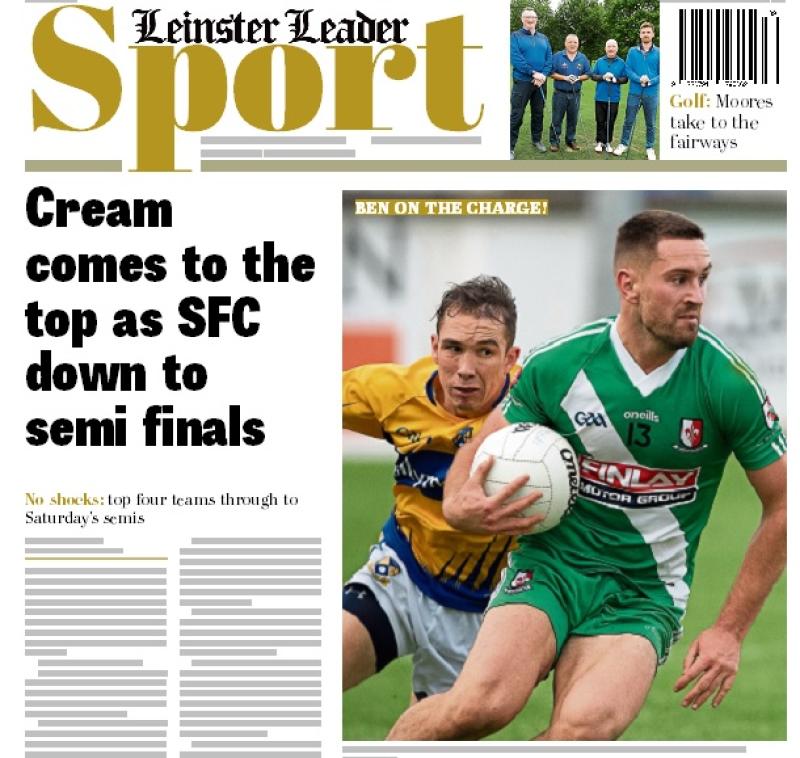 And so after three group games, and a round of quarter finals, the Kildare senior and intermediate football championships are down to the semi final stages, to be played this coming weekend.

In this week's bumper championship edition, we carry reports on all the quarter finals, the junior football championship, along with three senior hurling championship clashes in a massive 19 page edition.

In soccer, the Kildare and District League continues with this week's feature games between Athy Town AFC and St Anthony's Youths of Kilcullen, along with the Newbridge derby between Newbridge Hotspurs and Newbridge FC. That along with all the results, fixtures and up-to-date tables and a round-up of the CR Wynne Senior Division.

Dogs: As some sort of normality resumes with restricted numbers allowed to attend, we carry our weekly extensive report from the Newbridge track.

Golf: Naas' Conor O'Rourk turns on the style to capture the K Club Pro-Am; all the results from the Fairways along with a picture special from the Moorefield GAA Annual Golf Classic.

Tulfarris Golf professional, Simon Thornton,  continues to make waves and this week we report on his achievements along with the ongoing improvements at the luxurious Hotel and Golf Resort.

All that and much more in this week's Leinster Leader Sport, in the shops now.