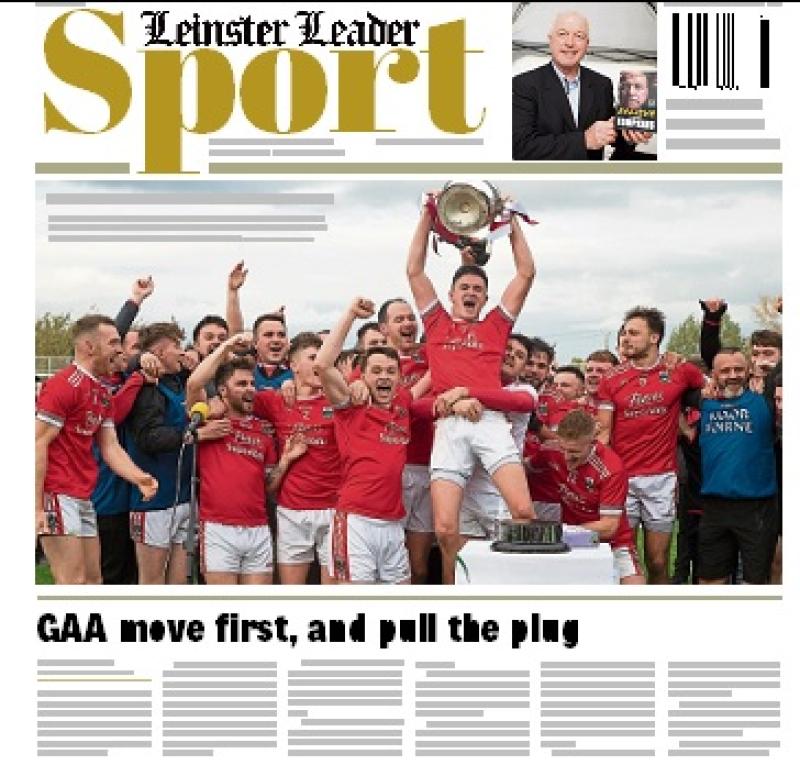 Massive day for Athy as they are crowned Kildare senior football champions; report, reaction and comment.

Clogherinkoe join the ranks for the senior clubs following a one point win over Kilcock; extensive report, reaction and comment.

An opportunity to win a copy of Believe, Larry Tompkins autobiography.

Rugby: Naas put on a fine display but lose out to Trinity, while in the Leinster League Newbridge defeat North Kildare.

Golf: All the results from the Fairways; picture special from Newbridge Ladies Captain's Prize, plus, we mark 30 years since Bodenstown captured the prestigious Barton Cup.

Dogs: Paddy's Coss is the Boss at Newbridge.

Racing: A look back at the Racing Week in Kildare.

Soccer: Another full week on the soccer scene with a full programme of KDFL with feature game this week from the So Fresh Women's Division as Clane AFC defeat Rathangan FC; plus Senior Focus round-up; results, fixtures and up-to-date tables.

All that and much more in this week's Leinster Leader in the shops now.