Big pot on offer this Sunday in Cesarewitch at the Curragh 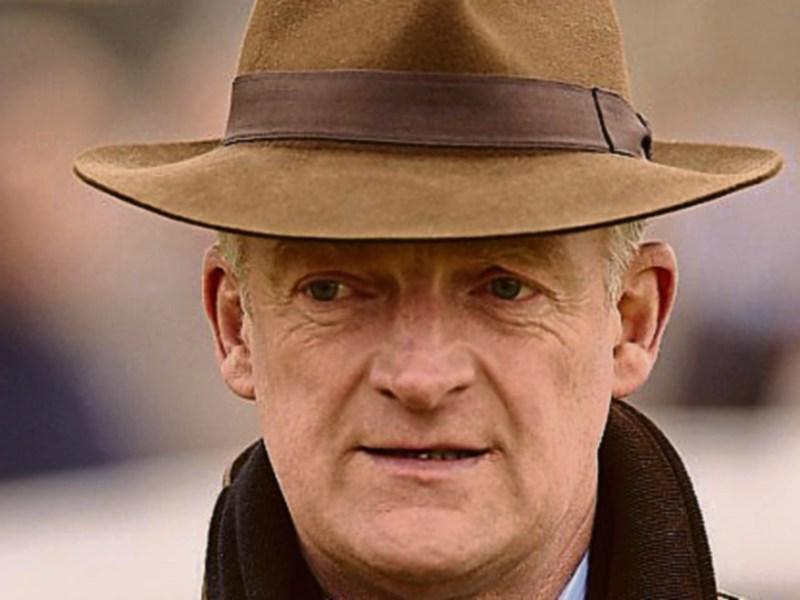 Emmet Mullins is hoping that he can emulate his uncle Willie Mullins, who has captured the Paddy Power Irish Cesarewitch three times in the last five seasons by winning Sunday’s high-class staying handicap at The Curragh with Cape Gentleman, but also feels his other combatant Sneaky Getaway could claim a place.

The Carlow trainer saddled Cape Gentleman, who is a 10-1 chance with Paddy having been as big as 33-1, to finish runner-up to Willie’s Mt Leinster, Paddy’s 7-1 joint-favourite for this Sunday’s big race, in a 1m 6f event at Listowel last month, when the four-year-old was making his debut for him after 406 days off the track.

Emmet Mullins said: “Cape Gentleman will run in the Paddy Power Irish Cesarewitch and I was delighted with the race at Listowel. Obviously we bumped into a high-class horse of Willie’s who has Graded form over hurdles, but it was a great starting point and hopefully this race is not too soon off the back of it.”

His charge is only 1lb better off with Mt Leinster for a five-length defeat at Listowel, but Mullins believes there are grounds for optimism.

The ground at The Curragh is currently soft on the round course and soft, soft to heavy in places on the straight course after 13mm of rain on Wednesday night with an unsettled forecast. But Mullins is unconcerned about the terrain or the step up to two miles.

He added: “He handled the ground well at Listowel where it was soft, gluey and no, I’d say The Curragh ground should be perfect and I don’t see any issues at the moment anyway.

“I don’t see the step up in trip as a problem - hopefully he’ll have a nice hurdling campaign after this, novice hurdling all being well. Fingers crossed Ronan Whelan will be able to take the ride.”

Asked about what he thought of Cape Gentleman’s prospects at the Home of the Irish Classics, Mullins responded: “We’re hopeful – look it’s a great race with a big pot, but the horse deserves to take his chance and we’re hopeful of a nice run.”

Mullins is quietly confident that 33-1 chance Sneaky Getaway will be on the premises as well.

He added: “He’s at the top of the weights and has been very consistent for us. I tried him in big company last year in the Doncaster Cup behind Stradivarius. Then he was behind Stratum in the English Cesarewitch off a mark of 101 last year and I wasn’t disappointed.

“He’s probably still got plenty of weight and we might claim off him, but he could be a nice each-way chance to back in the race.”

Mullins tutors around 20 horses at his Bagenalstown nerve centre, including Zero Ten who scooped the Grade 3 Pierce Molony Memorial Novice Chase at Thurles in March on his last start and he could be in line for a mouth-watering match-up against Samcro soon.

He said: “He’s back okay, he’s working and might possibly go to Down Royal for their big meeting in three weeks’ time. It’s a second season chase and I think Samcro might be going for it.

“We’ll find out where we lie over fences and he’s an exciting horse with plenty of big days in him yet.”