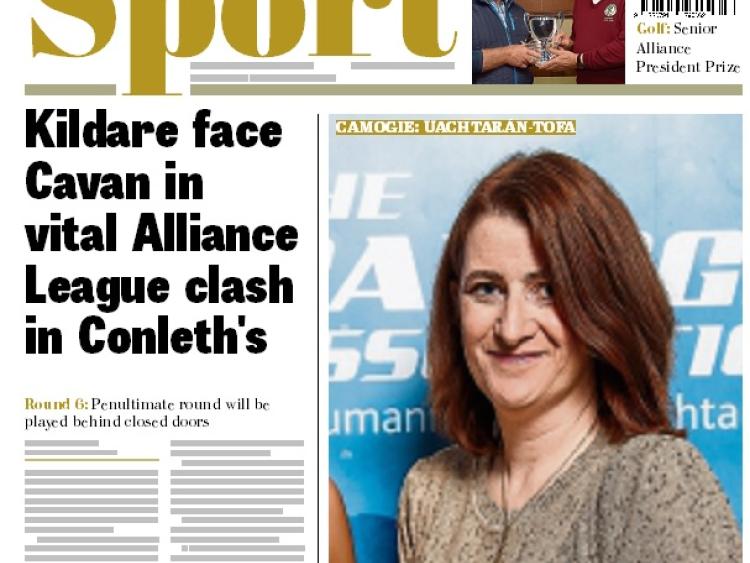 Kildare manager, Jack O'Connor, on the resumption of the Alliance Football League, the upcoming championship, his revised panel, and much more.

33 weeks on and the action resumes, but in an entirely different setting.

Golf: all the results from the Fairways plus Picture Special from Royal Curragh Ladies Captain's Prize and the President's Prize at Castlewarden of Kildare Men's Senior Alliance.

Rugby: Lots of positives for Naas, despite heavy defeat.

Badminton: Kilcullen Community Council come to the aid of Leinster.